Home | News | Supergirl Takes Her Final Flight With The Release of Supergirl: The Sixth and Final Season on Blu-ray & DVD March 8, 2022

Supergirl Takes Her Final Flight With The Release of Supergirl: The Sixth and Final Season on Blu-ray & DVD March 8, 2022 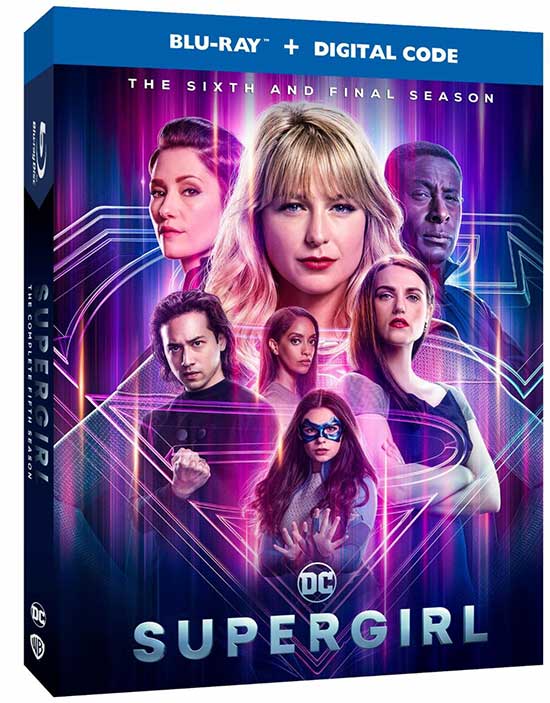 Supergirl: The Complete Series will also be available, containing all 126 exhilarating episodes from the phenomenal series, as well as countless hours of bonus features from all six epic, not-to-be-missed seasons. Supergirl: The Complete Series is priced to own on DVD for $119.99 SRP ($134.99 in Canada), and on Blu-ray for $134.99 SRP ($154.99 in Canada), representing a substantial savings over purchasing all six seasons individually.

In the sixth and final season, Supergirl is thrust into the greatest challenge of her life — forced to confront her own mortality, and the prospect of losing all hope. As her friends rally to help her in this difficult fight, a new Super-Villain arrives in National City and tests her resolve.

With Blu-ray’s unsurpassed picture and sound, Supergirl: The Sixth and Final Season Blu-ray release will include 1080p Full HD Video with DTS-HD Master Audio for English 5.1. Featuring all 20 episodes from the sixth season in high definition, as well as a digital code of the season (available in the U.S. only).

Supergirl is currently available to own on Digital. Digital purchase allows consumers to instantly stream and download to watch anywhere and anytime on their favorite devices. Digital movies and TV shows are available from various digital retailers including Prime Video, Apple TV, Google Play, Vudu and others.