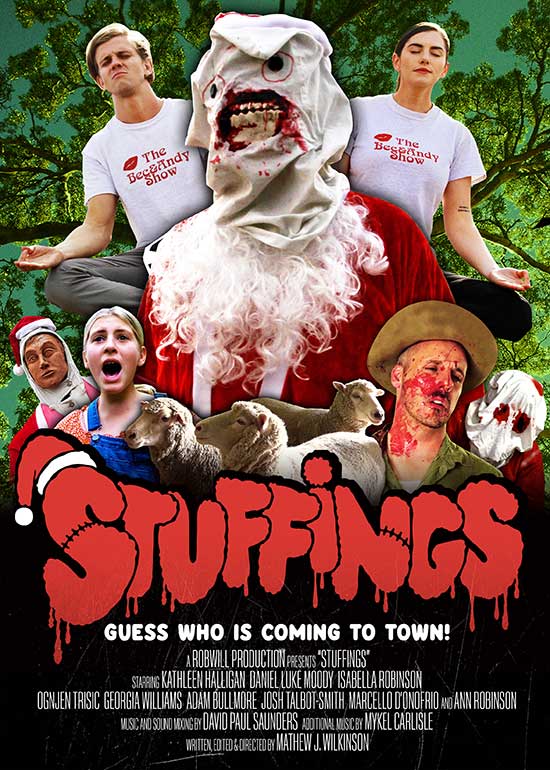 Bounty Films has acquired the global VOD rights to the Christmas-Comedy-Slasher, Stuffings. It will be available on North American digital HD internet, cable, and satellite platforms from today and the rest of the world via Google Play, Youtube Movies, Microsoft Store, Tubi TV and Prime Video.

A self obsessed social media celebrity couple camp out in the Adelaide Hills on Christmas Eve only to stumble onto a community hiding a secret tradition to protect the 25th of December.

“I decided to make Stuffings as a horror comedy about the excess of Christmas and the disposable practices of it. Playing on social media troupes, there was a lot of great irony to play on and the way entertainment is disposable and based on like and subscribe buttons. Ultimately though I always set out to make popcorn movies that never take themselves too seriously. I was heavily influenced by shows like South Park and movies such as They Live, Halloween 3 and Gremlins. I believe the audience that will enjoy this film is anyone looking for something fun, b-grade, ironic and able to enjoy a beer while maybe also thinking Christmas is a little bit over rated.”