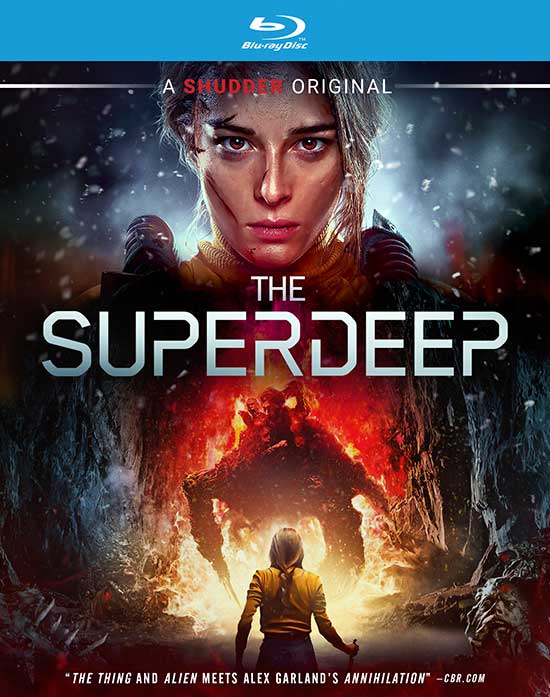 RLJE Films, a business unit of AMC Networks, has picked up select rights to THE SUPERDEEP from Shudder, AMC Networks’ streaming service for horror, thriller and the supernatural. THE SUPERDEEP will be available on January 4, 2022 on VOD, Digital HD, DVD and Blu-ray.  The DVD will be available for an SRP of $27.97 and the Blu-ray for an SRP of $28.96.

In THE SUPERDEEP, the Russian Kola Superdeep Borehole is the largest drilling project in the world, attempting to drill as far as possible into the Earth’s crust. After reaching depths of nearly seven miles below the surface, unexplained sounds resembling the screams and moans of numerous people were reported and the borehole was shut down. But when a small team of scientists and military personnel set out to unearth the source of the strange sounds, they end up discovering the greatest threat that humanity has ever faced.

The DVD & Blu-Ray special features include The Superdeep SFX by Galaxy Effects.