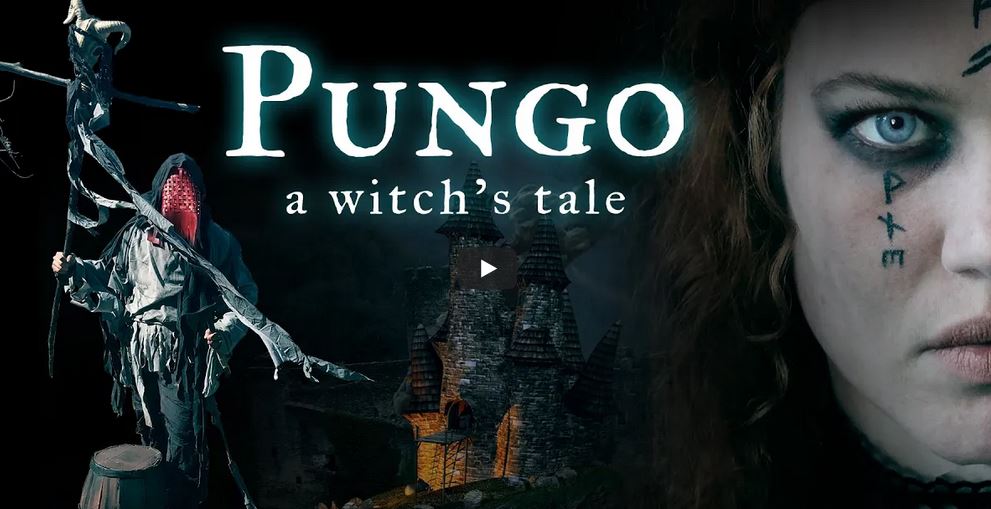 Philip Cook, head of Eagle Films, announces the release of his latest film, Pungo: A Witch’s Tale, on Amazon Prime via distribution company Indie Rights. Pungo is an imaginative take on the historical Virginian witch Grace Sherwood that bears only a slight resemblance to actual history. Instead, it is a lively, macabre, popcorn romp of adventure, fantasy, and mild horror rated 16+ for teens.

Philip Cook said, “Back in 2006, on the 300th anniversary of her conviction, Grace Sherwood was pardoned by then Virginia Governor Tim Kaine, and I was just intrigued enough to research her story. The reality is quite interesting, but after a couple of late nights chewing the fat with the usual gang of collaborators, I was inspired to imagine an entirely different history for her and a hypothetical descendent. Love and hate and magic and science made for a fun story!”

Pungo: A Witch’s Tale is the tale of a burned-out ex-Navy SEAL and a laid-off, emotionally-damaged firefighter who work together as handymen in Tidewater, Virginia.

Things turn surreal when a simple repair and renovation job becomes a journey to another world, where they must rescue their client from a trans-dimensional witch bent on revenge. It’s part Gothic horror and part adventure, and in some ways, a contemporary twist on the Wizard of Oz. The film was written and directed by Virginia native Philip Cook and features all Virginia-based actors, including former Navy SEAL Mark Hyde of Charlottesville, Cathryn Benson of Falls Church, and Matthew Sharpe of Centerville. Produced on a micro-budget by Eagle Films.

Pungo: A Witch’s Tale is available for anyone with an Amazon Prime account at
tinyurl.com/Pungo-Movie