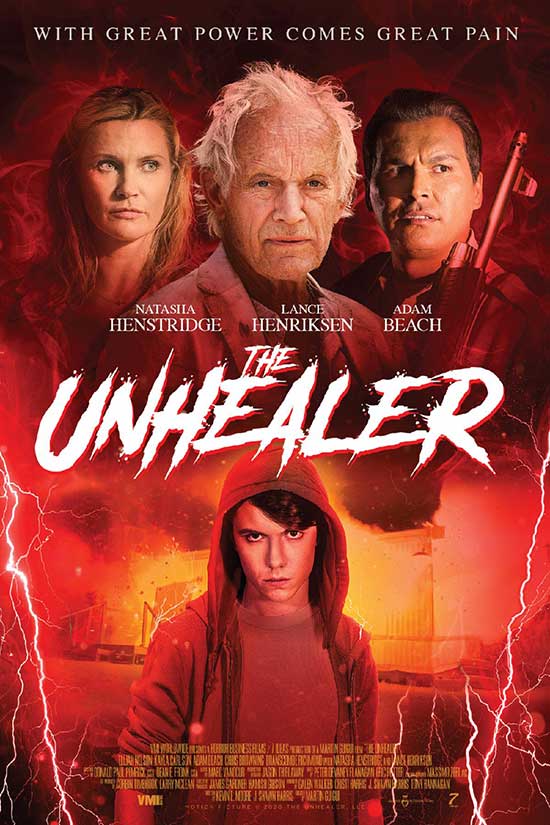 A Bullied Teen Comes of Age with a Bloody Twist
Shout! Studios Presents The Unhealer
Available Nationwide on AVOD and SVOD
Available Now on Blu-ray, Digital HD and Cable VOD

Following a wildly successful run on the global film festival circuit and a wide physical and digital release, Horror Business Films and Shout! Studios have announced the ad-supported and subscription based release of Martin Guigui’s The Unhealer. The blood-splattered supernatural thriller, a twist on the superhero’s coming-of-age story, will be available on Roku and additional platforms this month. It is currently available on Blu-ray, DVD and a number of digital and cable platforms, including iTunes, Amazon Video, Vudu, Comcast, Spectrum, and Cox.

A bullied teenager gains the means to fight back when a botched faith healing bestows supernatural, shamanistic powers upon him. When his lifelong tormentors pull a prank that causes the death of someone he loves, the teen uses his newfound abilities for revenge and goes on a bloody rampage to settle the score.
Share