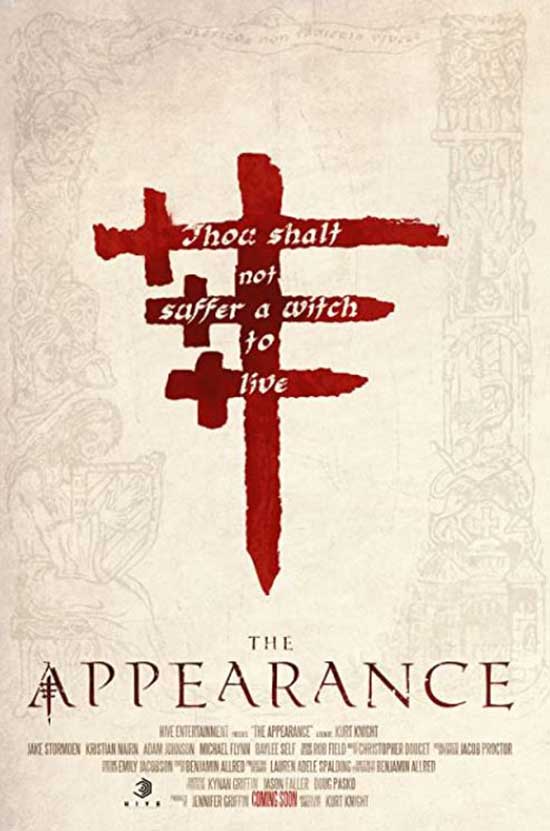 When a medieval monk unexpectedly dies in a horrific way, the Church sends Mateho the Inquisitor, a rational man of science, to investigate the alleged ‘witch’. When Mateho himself becomes implicated as more monks die mysteriously, he must learn that science cannot explain the horrors around him, before he is seduced by the evil that haunts this monastery.

Let’s head back to a simpler time. Like medieval times. You worked hard, died miserable, and, if you had enough money/status, you did the same thing but with less dirt smeared on you. Pretty simple.

During those times, you had no need for that “book-learning” because there was back-breaking work to do. As a result, the growing scientific culture received sneers, hostility, and/or violence for calls to investigate before reacting out of fear or superstition.

Into a small community formed around a monastery come two outsiders. Mateho is an Inquisitor sent by the Church. At his side is his bodyguard and friend Johnny. They are instantly offered distrust and even malice by the citizens, but the two men have business inside the monastery. A murder has taken place, and there is a question of demonic involvement surrounding the accused.

A reasonable set up for “The Appearance”, though it readily brings to mind Nic Cage’s “Season of the Witch” or Sean Bean in “Black Death” with a solid helping of “The Name of the Rose” tossed in as most of the film works as a mystery as well as a horror film. An outsider who must deal with both unmasking the cause of the death but do so under the weight of the desire of the monks and the townspeople to put the suspect to death and be free of whatever evil has taken nest in their midst.

“The Appearance” captures its primitive setting well on a limited budget. Everything looks cumbersome, difficult to use, and caked in filth. Many of the scenes take place in narrow hallways lit by dim torches which add to a feeling of being trapped in a bad dream or buried in a coffin.

What more could you ask for?

How about 30 minutes of the film trimmed out to keep the plot from being bogged down with scenes that seem to repeat what we already know? After an hour-long set up, the film FINALLY gets to the meat of the tale, and the horror element kicks in fully. Unfortunately, by that time, it felt like the film should be wrapping up. Instead, Story Two starts up and you are on a similar but different set of events. Kinda like Bill Cosby’s line from his “Revenge” album: “I told you that story to tell you this one.”

Oh, and how about giving up on the cheap visual tricks that have made horror films boring and repetitive? In “The Appearance”, you get the pitch-black shot, flash of light, darkness, flash, darkness, flash but there is something creepy in the background, darkness, and suddenly full lighting but the scary thing is gone. Doing this once is lazy enough. Working it into the same film three times is lazy.

To balance out the bloated length and weak horror stunts, you get performances that range from intriguing to “there was an effort made”, but nothing that utterly breaks the mood. Unfortunately, even with the extra screen time, the characters are not well developed, giving the actors little to work with. The villains of the film are vile, and the protagonists are reasonable and likeable. That’s about it. Once that has been made clear, the film runs the characters through the sets on this mission or fleeing that terror, but there is little emotional attachment to any of their actions.

“The Appearance” is a misfire that had the potential to craft a tale of reason against superstition or a story of actual justice instead of the pain of mob rule or just a rousing scare-fest in place housing loads of negative energy from death and torture over the decades. It may be worth watching just to see Kristian Nairn play a fantasy character who uses more than “Hodor” to express himself. Or if you really dig movies set in filthy monasteries. Otherwise, you can do something different with two hours of your time and not feel cheated.