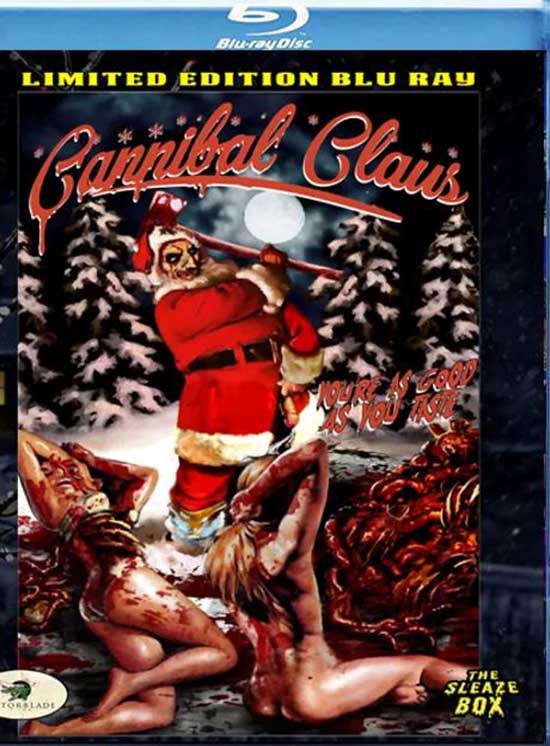 It’s Christmas Eve and Santa is out and about spreading joy… with a hatchet and some BBQ skewers.  Cannibal Claus is the modern tale of a mall Santa Claus who is down on his luck at Christmas time. Instead of staying in on Christmas Eve, he decides to go out and punish the naughty in this blood drenched, meat filled cannibal feast!  Watch if you dare, Cannibal Claus is guaranteed to leave you repulsed!   Starring Underground Horror’s own Bob Glazier (Amerikan Holokaust, Death-Scort Service, Chaos A.D) as the sleaziest Santa Claus yet to hit home video.  Along side him are Underground favorites such as Ashley Lynn Caputo, Joe Makowski, Paula Tsurara (Suicide Girl Model), Krystal Pixie Adams with Cayt Feinics and Amanda Welch to name a few.  Gatorblade Films and The Sleaze Box’s tale of Christmas horror finally comes to light in this Goretastic feat!!