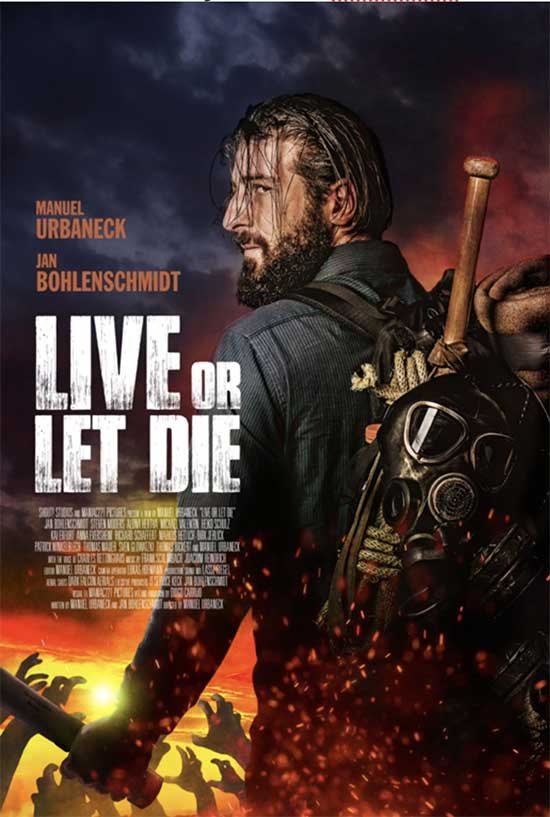 Brace yourself for one of the most unflinchingly tense post-apocalyptic terrors when the new zombie horror feature LIVE OR LET DIE, written and directed by Manuel Urbaneck, unleashes on VOD and digital on January 18, 2022 and arrives on Blu-ray and DVD February 8, 2022, from Shout! Studios and Scream Factory. A must-have for horror enthusiasts and movie collectors, LIVE OR LET DIE is now available for pre-order at ShoutFactory.com and will be made available in stores and other fine retailers.

In the deadly wake of a viral outbreak, the human race is on the brink of extinction. Zombies walk the earth and hunt the living. Among the chaos, lone wolf Nick (Jan Bohlenschmidt) discovers an old diary that contains a map indicating a sanctuary that might be his last chance at peace. Teaming up with another survivor, the reckless John (Manuel Urbaneck), Nick journeys through the ruins of society in search of refuge — but they quickly realize that even in a dead world, the ominous threats that walk amongst the living are every bit as terrifying as those posed by the dead.