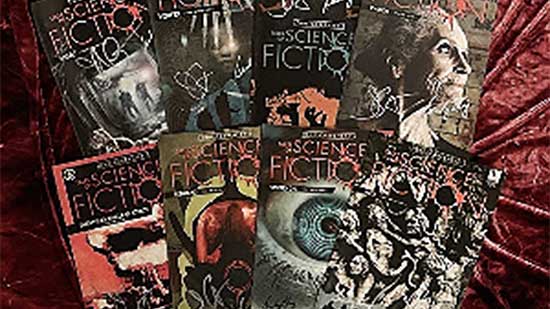 Award-winning comic publisher Storm King Comics has announced their yearly holiday bundles as well as two panels they will be participating in at Emerald City Comic-Con. Their horror holiday season ends strong closer to home at Comic Con Revolution Ontario. Storm King booths at conventions and direct online sales are the only ways for fans to purchase signed John Carpenter comics and the once-a-year holiday specials are a rare chance to collect everything John Carpenter and Sandy King have expertly created to indeed turn all your dreams into nightmares.

The Storm King Comics booth is #1909 at Emerald City Comic Con which runs from December 2nd-5th in Seattle, WA.  You can find the Comic Con Revolution Ontario booth at #405 which runs December 18th-December19th. Get everything from John Carpenter’s  2016 Live Retrospective tour DVD to a Grimmstown t-shirt, plush and comic bundle for the tiny terrors in your life here: