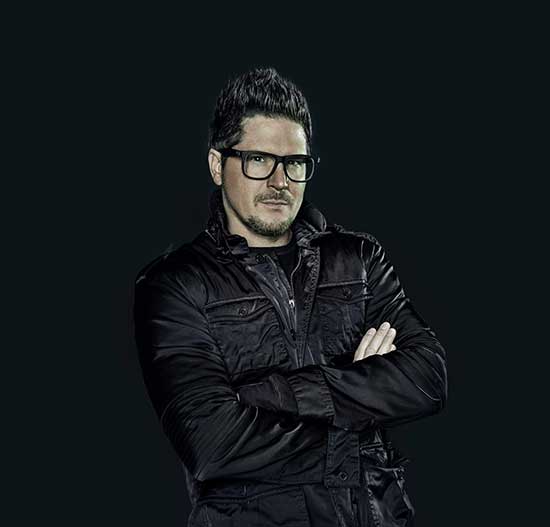 “We’re thrilled to announce that Zak Bagans and Eli Roth will be creating more incredible cinematic content for our horror-loving audience,” said Matthew Butler, general manager, Travel Channel & Paranormal Streaming Content. “Viewers are mesmerized by the scripted and real-life haunted horror stories that each of these series delivers. Zak and Eli are brilliant storytellers and masterminds at evoking true terror. These are the scariest horror anthology series we’ve ever created, and we can’t wait to get back into production.”

THE HAUNTED MUSEUM is a scripted horror film anthology series produced by Zak Bagans in collaboration with filmmaker Eli Roth that presents frightening and hellish tales inspired by the spooky relics on display in Zak Bagans’ Las Vegas museum. Opening his museum vaults, Bagans, a devoted collector of the macabre, shares the secrets and stories behind a curated selection of his most prized haunted items through scripted film shorts produced by Roth and his accredited team, and with featured commentary from Bagans. The series is produced by Cream Productions. For Cream Productions, the executive producers are Kate Harrison Karman and David Brady, with Stephen Scott as series producer. Eli Roth and Zak Bagans also serve as executive producers. For discovery+, the executive producer is Christine Shuler.

ELI ROTH PRESENTS: A GHOST RUINED MY LIFE shares the shocking stories of real-life hauntings that have left emotional (and sometimes physical) scars on those unlucky enough to have experienced them. Equal parts terrifying and evocative, each episode exposes viewers to the stories of survivors who have been dragged through hell and back and now struggle to rebuild their shattered lives. The series is a Blue Ant Media and Discovery co-production. The series is produced by Toronto-based production company Cream Productions. Matt Booi, David Brady and Kate Harrison Karman serve as executive producers for Cream Productions, with Armen Kazazian as series producer. Eli Roth also serves as executive producer. For discovery+, the executive producer is Cathy Garland. Overseeing the series for T+E is Sam Linton, head of original content for Blue Ant Media’s Canadian channels.

Season One of both series are available to stream now on discovery+.