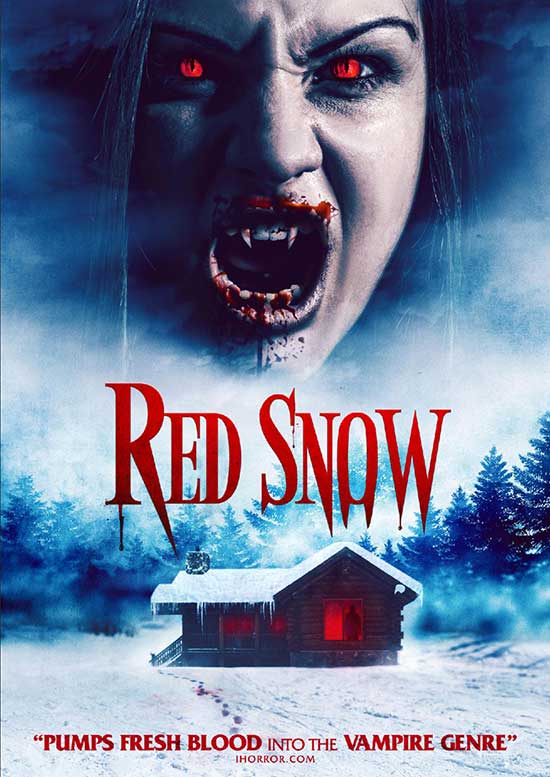 When an injured bat transforms into a handsome vampire, struggling horror novelist Olivia Romo hides him in her garage to protect him from a vampire hunter. Besotted by the creature, she feeds him animal blood, but any chance of romance is soon thwarted when a gang of fellow bloodsuckers invade her home in search of their missing friend.

“Red Snow might just be your new favorite vampire movie for the holidays.”
– Nightmare on Film Street –