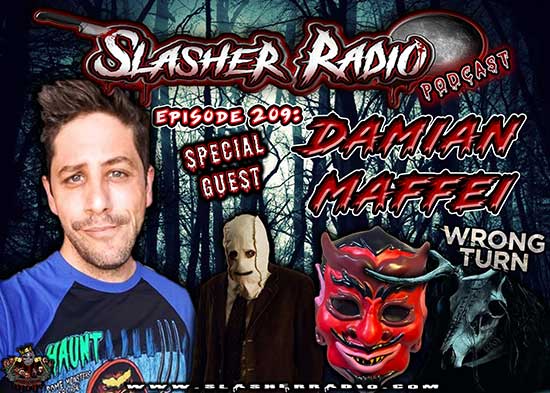 Damian Maffei stopped by Slasher Radio this week and as always, he gets into a whole list of things! Please see below talking points:

-The filming landscape during Covid

-Confirms Haunt 2 “There is a lot of cool stuff going on with the Haunt franchise that I can’t talk about. But there’s defintely Haunt stuff coming in the future, already in motion, being produced or whatever. Cool stuff.”