Home | News | Thinking Chrome Unveils UNDERNEATH An Anthology Of Terror 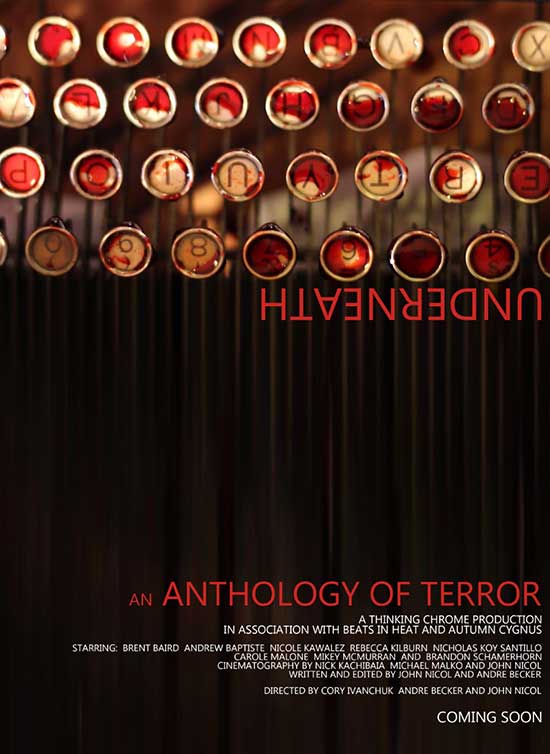 UNDERNEATH is a grassroots, self-financed anthology in the vein of CREEPSHOW and is comprised of five chapters, an epilogue, and several mind-bending vignettes that are all bound together by something unnatural and sinister.

UNDERNEATH: An Anthology Of Terror is now complete and has begun a 2021/2022 film festival run. Since announcing the film’s completion, UNDERNEATH kick-started the festival circuit October 1, 2021…and it has already been submitted to a slew of festivals around the world: the Popcorn Frights FF, the Houston Horror FF, the Chicago Horror FF, the Horrible Imaginings FF, Montreal’s Requiem Fear Fest, and many more…

Additionally, we just launched an Indiegogo campaign for the now in pre-production sequel, UNDERNEATH: Beyond The Threshold…

The Final UNDERNEATH Trailer from John Nicol on Vimeo.