Home | News | Outrageous Wakaliwood Doc ONCE UPON A TIME IN UGANDA: Trailer and Artwork Available

Outrageous Wakaliwood Doc ONCE UPON A TIME IN UGANDA: Trailer and Artwork Available 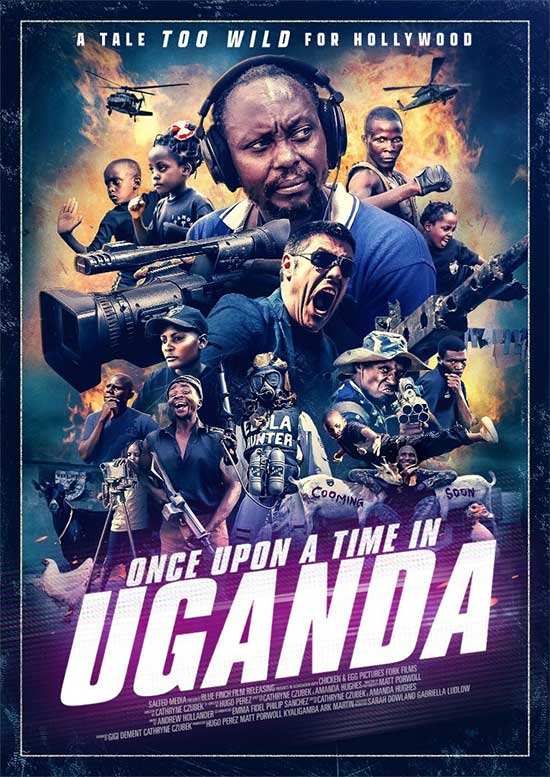 Outrageous Wakaliwood Documentary Once Upon A Time in Uganda
World Premiere at DOC NYC on 12 and 17 November
Coming straight out of Wakaliwood! From the exciting world of Uganda’s DIY 80s-inspired action filmmaking scene, Cathryne Czubek’s Once Upon a Time in Uganda documents the explosive rise of a new genre of cinema that has captured the imagination of film fans around the world.
In the heart of Wakaliga, Uganda, this outrageous documentary follows two men from opposite sides of the world who come together over a shared love for Chuck Norris. Isaac Nabwana (known as ‘Africa’s Tarantino’) a former brick maker, decides to pick up a camera and start shooting his own ’80s inspired action epics, and Alan Hofmanis, a film nerd from New York who gives up his life in America to join forces with Isaac after seeing a trailer for one of his films online.
Against all odds, the two unlikely friends have catapulted Wakaliwood to worldwide stardom with their gonzo action movies, such as Who Killed Captain Alex, Bad Black and Crazy World, bringing thrills to film fans across the world and earning screenings at leading genre film festivals and releases through fan-favourite cult labels.
Selected to premiere at the cancelled SXSW, Once Upon A Time in Uganda will now open at DOC NYC 2021. The film was directed by Cathryne Czubek. Hugo Perez co-directed. Cathryne Czubek and Amanda Hughes co-wrote. Gigi Dement, Cathryne Czubek, Matt Porwoll, Hugo Perez, and Kyaligamba Ark Martin produced.
Once Upon A Time in Uganda will play at DOC NYC on 12 and 17 November
Runtime: 94 mins approx.
#OnceUponATimeInUganda
Share