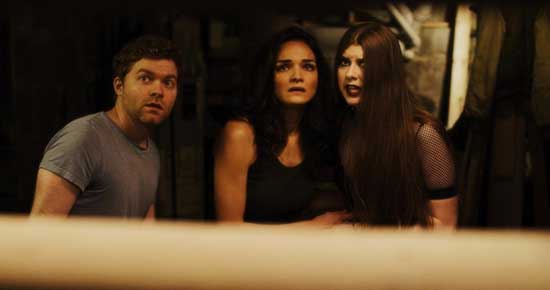 After a strong festival run with wins and nominations from around the world, director Harley Wallen’s “Ash and Bone” has been picked up for distribution by upcoming horror label Deskpop Entertainment for a future theatrical and home entertainment now.

The deal was negotiated by Cyfuno Ventures, sales agent for the Jamie Bernadette-starring feature.

“It was really important to find the right distributor for Ash and Bone” says Director and Actor Harley Wallen. “I just really felt everyone really gave their best on both sides of the camera. I’ve seen it now at enough festivals and screening rooms to know we have a hit on our hands if it can get in front our audience!” With prestigious festivals such as Fright Night in Austria, Mindfield international, Atlanta Horror, Fright Night Film Fest, Terror in the Bay, Vesuvius International, Paris Play, Top Indie Film Awards and many more, it sure looks that way.

Short Synopsis: A troubled teenager is taken to the peace and quiet of the country side by her father and step mother in an effort to calm down her wild streak. But after she crosses the infamous McKinley family, it becomes clear that sometimes danger lies hidden in the weeds, ready to strike at any moment.

“I wanted to show a different side of my horror influence since Agramon’s Gate had touched on demonic possessions and the supernatural, this time I wanted a very real antagonist in te villainous backyard couple The McKinleys, I wanted it to be raw and violent, Bret Miller, who wrote the script, totally painted the picture in the screenplay that made for a very violent journey,” added Wallen.

“Ash & Bone gives horror fans exactly what they want from the very first shot. It is creepy, bloody and brings us all into a small town that no viewer will ever dare step foot into in real life. We are very proud to launch this spine-chilling film as one of the premiere titles for our new Desktop Entertainment label,” said Mat Levy, Vice President, Deskpop Entertainment.

John Lepper, co-owner of Cyfuno Ventures added, “We at Cyfuno Ventures rep films of all budgets and production values, but sometimes a project comes along that’s a bit above the rest. Ash and Bone is one of those films. We at Cyfuno have been so honored to rep a film of this quality and are very pleased with the deal we brokered between filmmakers Harley Wallen and Annette Cama and the new genre label distributor Deskpop Entertainment!”

Jamie Bernadette is repped by SK Management, Mel Novak, Kaiti and Harley Wallen are repped by The Williamson Management Company.