“Starring Sonya Devereaux: Scream Queen Summer Camp Massacre #1” is the new 48-page one-shot issue of the unique series in which real-life actors lend their likenesses to co-star with fictional B-movie actress Sonya Devereaux in outrageous, ultra low-budget, so-bad-they’re-good movies. The legendary trio, along with popular genre actress Tiffany Shepis, find themselves in familiar territory with Sonya playing Scream Queens attending a horror convention held at the notorious summer camp that inspired the slasher genre. What could possibly go wrong, right? Glad you asked. Their camp uniforms are too small, there’s only one stall so showering becomes a group activity, and the original serial killer, Rag Face, is back to continue his streak of creative, gory murders — and to stalk the sexy starlets. 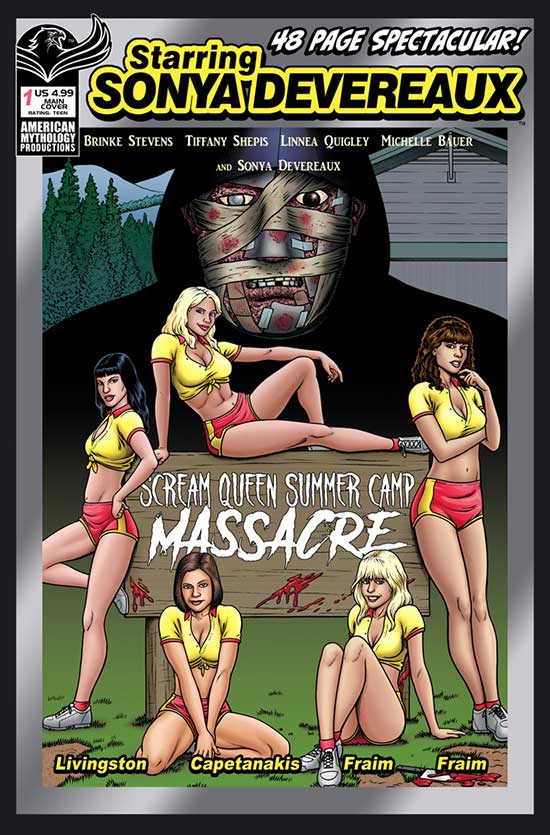 “Starring Sonya Devereaux,” an independent comic book published by American Mythology Productions, and its creative team were voted “Best Comic,” “Best Artists”and “Best Writers” in Critical Blast’s Best of 2020 Awards that included titles from major publishers like DC Comics. This is only the second time readers have voted for the creative team of one book to win all the top prizes in the annual awards held by the news and review site for entertainment and pop culture and they hope to take advantage of their new status during their new crowdfunding campaign.

American Mythology had remarkable success in their prior crowdfunding effort for the trade paperback collection of “Starring Sonya Devereaux.” The Indiegogo campaign reached its funding goal in 24 hours and AMP extended the effort to reach its stretch goal, resulting in additional exclusive rewards for backers. Now the publisher hopes to have a similar experience for the title’s new issue.

The Indiegogo campaign can be found at: igg/me/at/SonyaSQSCM 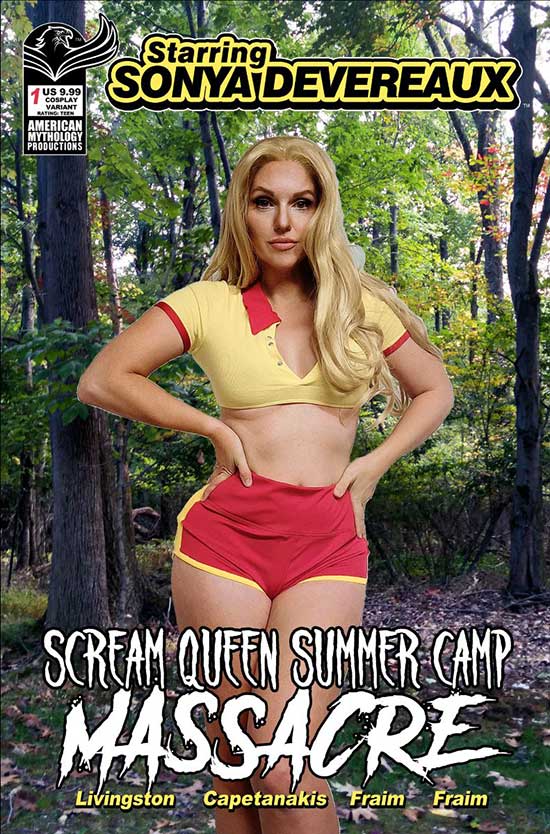 “It’s so intelligently done on so many levels that it’s entertaining, engaging and just a pleasure and a half to read…this is just genuine fun in the most absurd way possible and it needs to find its way into your world.” — READING WITH A FLIGHT RING