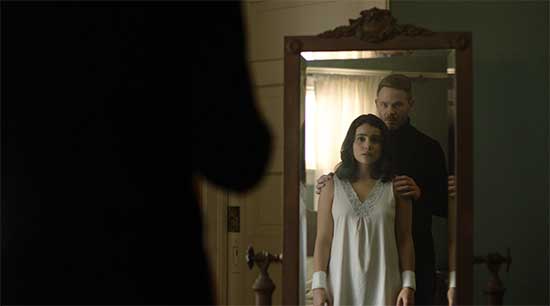 After attempting to take her own life, a young woman must wrestle with an overbearing husband.

“The Free Fall is a deep dive into the brutal confusion of a manipulative relationship. A horrific look at obsession and the gas-lighting that can possess us when we’re at our very worst. It’s an important story and I’m really excited for audiences to experience it,” said director Adam Stilwell.

“The Free Fall is a powerful psychological horror film with a remarkable, shocking twist and outstanding cast. We are thrilled to bring it to theaters and on demand next January for audiences to experience,” said Gravitas Ventures CEO and Founder Nolan Gallagher.