“My Soul To Take 3D“, is the new Wes Craven horror film, about a serial killer coming back to terrorize teens that share the same birthday. Plus, the birthdays are the date the killer was supposedly put to rest.

I’m not sure,but I think I feel the need to write 12 Bad Jokes About:
“My Soul To Take” Mwhuhuhahahah!

1) What Wes Craven film, has a hockey player arguing with a referee disallowing his goal?

2) What Wes Craven film is about a baker confronting thieves?

3) What film do you get,by crossing the new Wes Craven flick,w ith the “Chinatown” sequel?

4) What horror film,is about a bridge toll taker arguing with a pennypincher, that won’t pay up?

5) What film,is about a mine owner telling workers to make big hunks of coal into little ones?

6) What film, is about a cereal maker, describing how to produce his corn based product?

7) What really scares the character,”Bug”?

8) Do teens in Ripperton,lie about their birthdays, to get into bars?

No, because they’re connected to the Ripper!

9)What Wes Craven film, is about a grassy knoll full of leaves?

10) What horror film, is about a haunted shoe cobbler?

12) What do you get when you cross a Wes Craven film,and a Japanese soybean spread?

Ok, ok.I confess.Those were absolutely dreadful! I hope you enjoyed them! Go see the movie, have a scare in 3D. Save me some popcorn.(Speaking of corn,these jokes are chock full of it)! Remember-There’s a bad joke just waiting to be written…
By Monstermatt Patterson,author of “Monstermatt’s Bad Monster Jokes Vol.1” 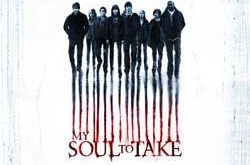 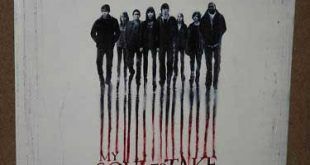 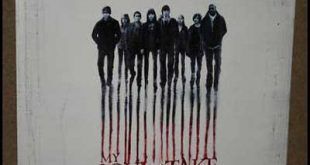