Do you love those films where the protagonists enter a gloomy mansion, where ancient family portraits glower at their every move? It would surely be better to have someone to cuddle closer to while awaiting the next jump scare. If you sign up for an online dating outlet, you could easily connect with ghost movie fans. Registration is always straightforward. Once aboard, you’ll gain access to the profiles of numerous singles. The next step: indulge in a sexy chat and develop a rapport! You’ll soon get round to arranging a date, and here are our top 6 horrors set inside haunted houses that would be a perfect fit.

When this movie was first released in 1982, its Steven Spielberg scripted storyline certainly got audiences squirming. The tale is of a house where paranormal activities rapidly escalate, commencing the moment the family’s angelic-looking blonde daughter Carol Anne peers deep into a TV screen and announces ‘they’re here!’ The haunting of this house is far brasher and over-the-top than the creaky, cobweb-strewn corridors familiar in Gothic horror. This time we’re in sunny California, where a brand new housing development has been constructed on top of a Native American burial ground, making it an entry point into a dimension inhabited by some horrific entities. 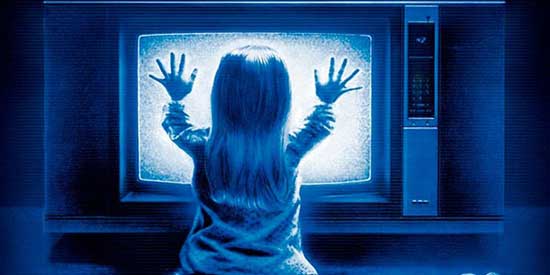 Written and directed by Ari Aster (in his debut movie), this is another powerful story of an outwardly normal family who succumbs to sinister forces. Their mysterious grandmother passes away, and in the wake of her departure, a sinister presence seems to take root in the home. When 13-year-old daughter Charlie suffers a horrific fate in an accident, these hauntings escalate, not least when an ancient demon-king named Paimon is summoned during seriously misguided seances. This is another tale of a family haunting that hurtles down a more creative and terrifying route than those creaky old mansions.

This has become a successful film franchise, with the original 2007 movie spawning several sequels. The PA series has also proved to be a box-office juggernaut, grossing $890 million at the box office. The original is one you should check out on your horror date night. The spirit in question is a demon known as Asmodeus (from Ancient Greek mythology). The series takes its cinematographical style from Blair witch Project, in that the storyline unfolds from the point-of-view of surveillance cameras set up by the concerned characters. The result: edge-of-your-seat terror! 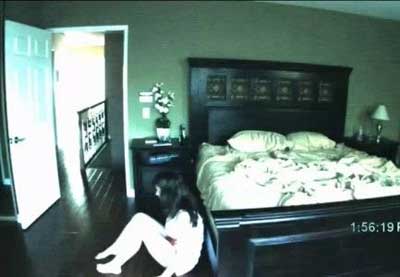 Released on Netflix earlier in 2021, this is an engaging tale of an art restorer, Clare and her lecturer husband, George, when they move to a sprawling farmhouse in New York State. A sinister tale develops, as the young couple find themselves becoming embroiled in weird events that seem to center on an antique ring, and its connection with the house’s previous, troubled occupants. A painting also seems to bear some sort of portentous message about a fateful boat trip. With seances thrown into the mix, this is another haunted house movie you won’t forget in a hurry!

The Haunting in Connecticut

Based on one of those ‘true haunting’ incidents, which can either inject an element of added fear or scepticism, this focuses on the troubles that beset a family when they move to a new home. That this home was formerly a mortuary leads to supernatural entities making their presence felt.

To conclude your horror date night, one of the stone-cold classics of the genre. All you need to know about this is it stars Jack Nicholson, giving a towering performance as the caretaker of an isolated hotel, haunted by past residents, who transforms into an axe-wielding maniac!