Home | News | WEREWOLVES WITHIN – A Whodunnit with Teeth – Available on DVD & Blu-ray on December 7th!

WEREWOLVES WITHIN – A Whodunnit with Teeth – Available on DVD & Blu-ray on December 7th! 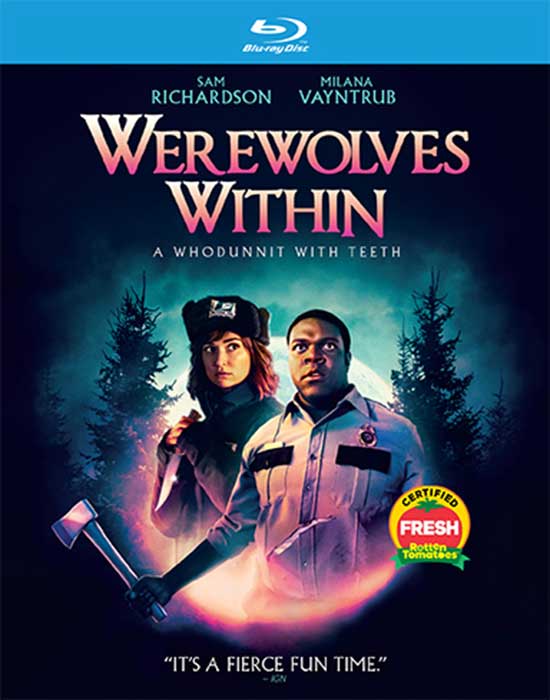 RLJE Films, a business unit of AMC Networks, will release the critically acclaimed horror-comedy whodunit Werewolves Within on DVD and Blu-ray on December 7, 2021. IFC Films released Werewolves Within in theaters on June 25, 2021 and on Digital Rental & VOD on July 2, 2021.

Werewolves Within is directed by Josh Ruben (Scare Me) from a script by Mishna Wolff (I’m Down), and stars Sam Richardson (“Veep”, “Detroiters”), Milana Vayntrub (“This Is Us”), George Basil (“Crashing”), Sarah Burns (“Barry”), Michael Chernus (“Tommy/CBS”), Catherine Curtin (“Orange Is the New Black”), Wayne Duvall (“The Hunt”), Harvey Guillen (“What We Do In The Shadows”), Rebecca Henderson (“Russian Doll”), Cheyenne Jackson (“30 Rock”), Michaela Watkins (“The Unicorn,” Brittany Runs A Marathon), and Glenn Fleshler (“True Detective”).  RLJE Films will release Werewolves Within on DVD for an SRP of $27.97, and on Blu-ray for an SRP of $28.96.