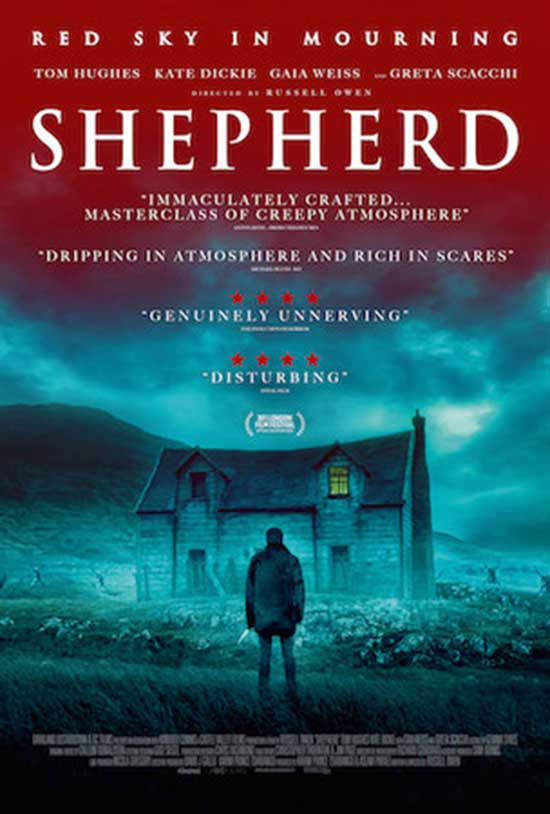 will be in UK/EIRE Cinemas from 26th November

Running from grief after the mysterious death of his wife, Eric Black takes a job as a shepherd. Trapped alone on a majestic weather-beaten island with an ominous secret. One man’s spiralling madness meets a vengeful supernatural force. What starts as the perfect wind-swept escape becomes a race to save his sanity and his life.

Shepherd will be in UK/ EIRE cinemas from 26th November