Home | News | A treat for Halloween from New Paradigm Studios

A treat for Halloween from New Paradigm Studios 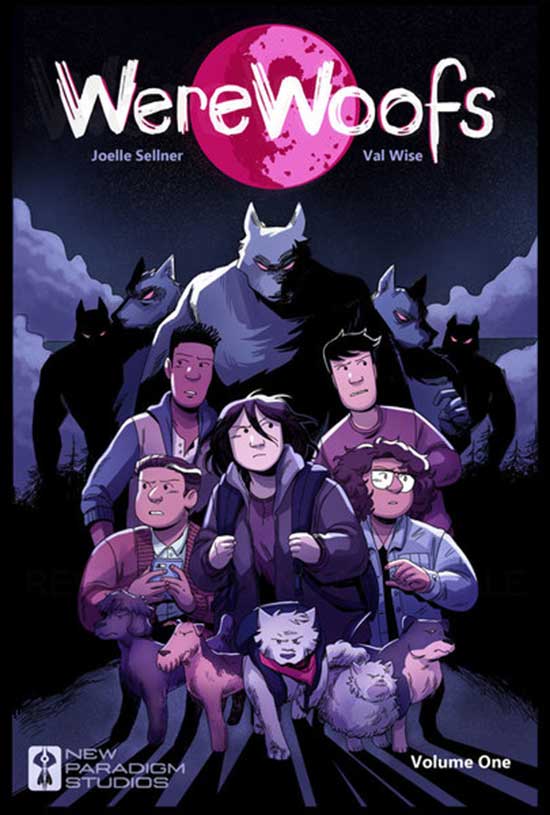 New Paradigm Studious announced today a special Halloween treat that there is a free preview of their December 2021 Werewoofs release live on bookfunnel.

Fans can preorder the book on Amazon at tinyurl.com/4y3u45dt and it will be shipping this holiday season! A new take on the traditional werewolf story early reviews are good!

What others are saying about Werewoofs:
“Really clever and well-told”
-Mark Waid (Eisner and Inkpot award-winning writer for Marvel, DC, and more)
“Werewoofs is an inventive twist on the werewolf genre, offering readers moments of fast paced action, family intrigue, and a wonderful character-driven plot!
As a certified werewolf expert, I really enjoyed it!”
-Shawn Lemore (“How To Be A Werewolf”)
“Werewoofs tells the right story, at the right time, in the right way. But, don’t just listen to me as an adult. Werewoofs is a funny and exciting book that hit me in the feels at times.It’s very diverse and shows it’s ok to be LGBTQ. I like the message about friendship and doing the right thing. 10/10 must recommend”
–Karen and Liam Walsh (GeekMom)
“In conclusion, Werewoofs is a beautifully made werewolf comic with a thrilling story full of endearing characters! This comic puts a dog twist to the werewolf story which makes it unique and thus, a must read comic book for all werewolf fans to see how effective talking dogs are in making a werewolf story even more fun! A must read comic for all ages!
-Everything Horror Podcast
About Werewoofs:
In the small Midwestern town of Howlett, navigating high school is tough enough. But when a group of friends are inexplicably turned into weredogs, adapting to their new powers proves to be even tougher. This leads to an unlikely friendship with loner Mara, a werewolf whose father has mysteriously vanished. As the high schoolers team up to solve the disappearance, friendships are tested, and secrets are revealed as the Werewoofs prove themselves in an explosive showdown against a dangerous wolfpack and their vicious alpha.
Want to know more about New Paradigm Studios visit www.newparadigmstudios.com
Share