THEY’RE OUTSIDE coming for Halloween! 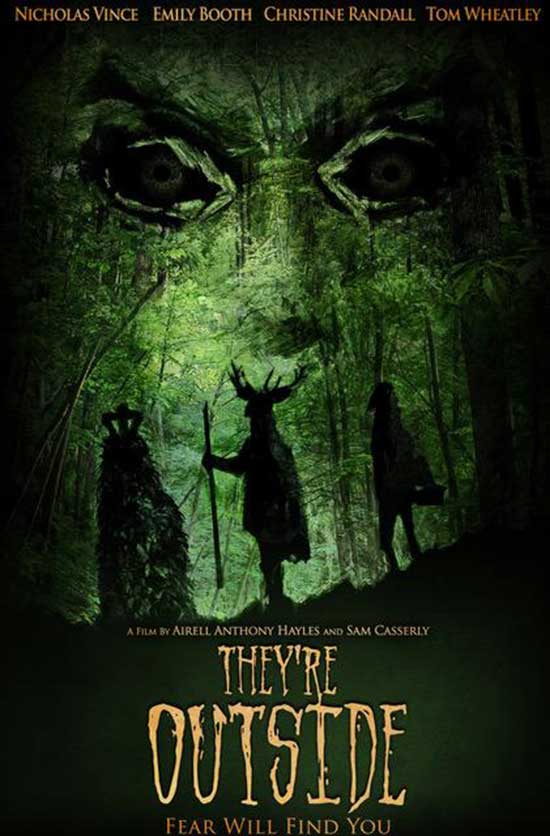 From directors Airell Anthony Hayles & Sam Casserly, and starring Hellraiser’s Nicholas Vince, this Halloween… THEY’RE OUTSIDE!
While filming a documentary about an agoraphobic woman, a celebrity psychologist is drawn into supernatural events.
Emily Booth (Grindhouse, Event Horizon), Tom Clayton-Wheatley (Harry Potter and the Order of the Phoenix), and Christine Randall (9 Full Moons) star in THEY’RE OUTSIDE, available October 29 worldwide on digital from Terror Films.
DIRECTOR’S STATEMENT
As a child, one of the film’s directors, Airell Anthony Hayles, discovered that his uncle had agoraphobia, a condition that fascinated him. The directors wanted to make a supernatural film akin to The Sixth Sense, and Picnic at Hanging Rock, but had difficulty finding an idea that they liked.
They’re Outside came about when the question was asked ‘What if a person’s agoraphobia was linked to supernatural events rather than being a purely psychological condition? And what if nobody believed them?’
-Airell Anthony Hayles & Sam Casserly
PRODUCER’S STATEMENT
After being intrigued by the first draft of the They’re Outside screenplay, I felt it needed a new angle to really bring the story to life. The mood and energy of the piece really fired up once it was re-written in the context of found footage. The directors and I agreed the story suddenly found its heart beat. It was a really fun shoot, and the pagan influences were spellbinding at every level.
Share