The Enduring Cultural Legacy of Nightmare On Elm Street

In the annals of horror movie history, only a handful of movies stand out for having made a permanent and cross-cutting impact on wider popular culture. When one thinks of the horror classics that have well and truly stood the test of time, a few titles come to mind. Scream, Friday the 13th, Dawn of the Dead, Psycho, and Silence of the Lambs are just a few such examples.

If one was to search for a horror movie that stands head and shoulders above the rest in terms of cultural impact, an obvious contender would be the 1984 Wes Craven slasher Nightmare On Elm Street, which is probably amongst the most famous horror films ever made. Set in the classic All-American suburb, the chilling tale of white-teethed high school seniors being hunted in their dreams by the blade-fingered Freddie Krueger has inspired countless imitations, as well as no shortage of sequels.

Even if you have never seen the original film, you will almost certainly have encountered Mr. Krueger in popular culture in some format. But just how impactful is Nightmare On Elm Street 37 years on? Let’s dive in and take a closer look. 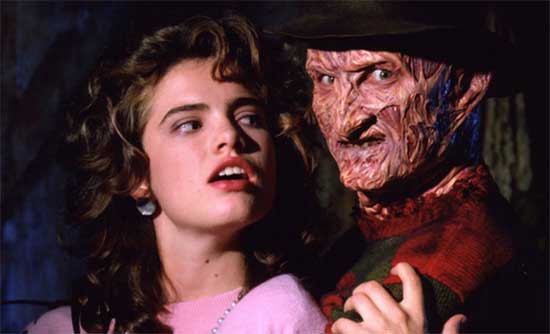 First off, it is worth examining just how successful Elm Street has been within the horror genre, and how it has continued to shape the genre long after the premiere of the original film. The franchise has spawned a staggering 8 sequels, which is high even for the horror genre, which is known to keep on flogging a dead horse for as long as possible.

The difference here is that Elm Street has never felt overdone, and the public clearly hasn’t had enough of it just yet. In total, the Elm Street film empire has grossed a staggering $474 million worldwide, a figure that virtually no other horror franchise has come close to.

The most recent installment, 2010’s A Nightmare On Elm Street, which served as a straight-up remake of the original for the millennial generation, grossed $117 million on a $37 million budget, a success that other horror directors could only dream of.

Meanwhile, the terrifying character Freddie Krueger has appeared in horror content spanning myriad film and TV productions, including The Simpsons, Freddie vs Jason, and South Park, to name just a few. Is there any other horror villain that has had such an enduring influence on the genre as Mr. Krueger? 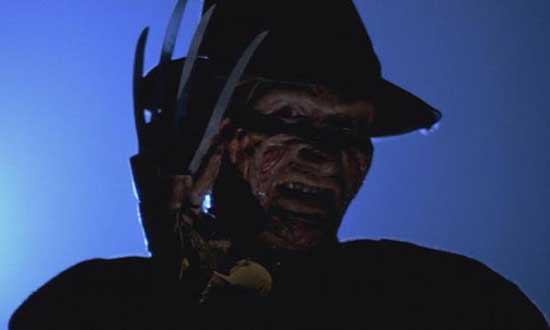 To truly assess the impact of Nightmare On Elm Street, one needs to look at the wider pop-culture fascination with the tale and the films that have endured to this day. One does not have to look very far to find it creeping into the current culture.

To cite just one example, look at the recent smash-hit Bo Burnham Netflix special Inside, which is on track to be one of the most successful streaming releases of the year. The film recently gained some renewed buzz when it was revealed that Burnham has chosen to shoot the whole thing in the iconic house from Nightmare On Elm Street, the perfect location to explore the inner-most recesses of your subconscious it seems. That’s not the only form of entertainment that is continuing to pay homage to the film more than three decades later.

There is the long-running and highly successful Nightmare On Elm Street comic book series, an enduring cult hit in the horror comic community. Meanwhile, Krueger keeps showing up in numerous video games, including 2015’s Mortal Kombat X, 2017’s Dead by Daylight, and 2016’s Terrordome: Rise of the Boogeymen. In the realm of gaming, Krueger continues to show up in the most unlikely places.

One of the most telling examples of his cross-cutting appeal can be found in the realm of online casino gaming. Any online gambling-cum-horror enthusiast can now play the official Nightmare On Elm Street slot game, a retro 5-reel homage to the original film where players can win up to $100,000 a spin. The game is so widespread that anyone can find it at the best NJ online casino sites, such as 888 Casino.

Beyond media, Krueger is also showing up in such unlikely places as the beauty sector. In honor of Halloween, billionaire influencer and MUA supreme Kylie Jenner recently brought out her own Nightmare On Elm Street makeup palette, a collection of Freddie-inspired powders, lashes, and lip liners for $100 a pop. If Freddie can help sell makeup in 2021, you know he’s still as hot as ever. 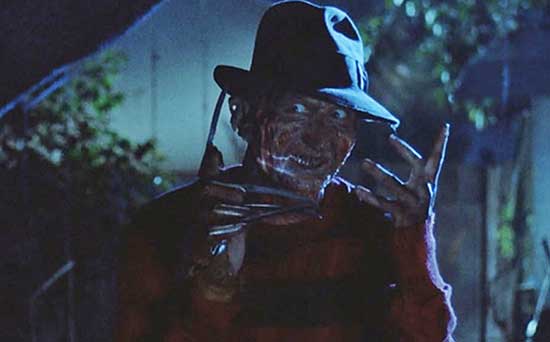 What Krueger tells us about ourselves

While Nightmare is the stuff of horror movie gold, that is not the only reason why we continue to be so drawn towards it. The film has always been appreciated for the multiple levels that it operates on. Although it is ostensibly about a supernatural killer that hunts you in your sleep, the underlying themes concern the paranoia of middle-class suburban living, and the lies we tell ourselves during our waking hours. It is this powerful motif that keeps us coming back for more.