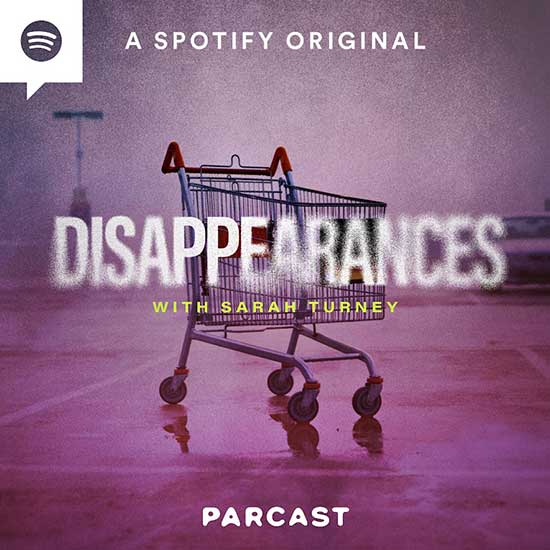 New episodes of Disappearances with Sarah Turney are available now! The newest crime mystery Spotify Original podcast from Parcast explores stories of those who wanted to disappear and others who had no choice, from abductions to murders, to runaways and second chances, Disappearances examines some of the most well-documented missing persons cases in history.

In the United States, on average a new missing person’s report is filed once every minute, each coming with its own unique story. Host Sarah Turney – who established a robust following in the true-crime community after bringing awareness to her sister’s disappearance on TikTok, where she currently engages 1.1M followers – aims to bring missing persons cases to light within the series, from the obscure to the well-known.

The newest episodes can be listened to now on Spotify (HERE), including:

Additionally, in each episode listeners are directed to Sarah Turney’s nonprofit organization Season of Justice, whose goal is to provide financial resources for both law enforcement and families in order to bring closure to those impacted by unsolved violent crimes. Each episode encourages listeners to get help or to support anyone who is dealing with missing persons cases.

Would you be interested in covering the newest episodes of the podcast? You can find more information on Sarah Turney and Disappearances beneath my signature.