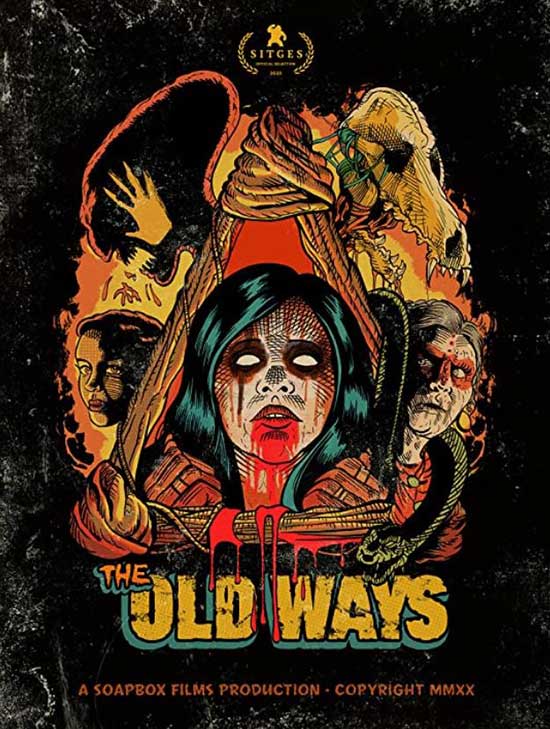 Cristina, a journalist of Mexican origin, travels to her ancestral home in Veracruz to investigate a story of sorcery and healing. There, she is kidnapped by a group of locals who claim she’s the devil incarnated.

Cristina, a journalist for what appears to be an occult-investigation magazine, returns to Veracruz on a story. She left the area where she came from due to an incident during her childhood in which her mother was being treated by a local healer and things took a rather horrific turn.

The film begins with Cristina locked and chained in an unknown room. She is unsure why she is there or even where she is or who has her. Her cousin arrives, but informs her that she is held by the local bruja who knows there is a demon inside of Cristina that must be removed.

Being a rational person, Cristina resists her treatment, until more and more unusual events begin to make her doubt both her sanity and her beliefs. 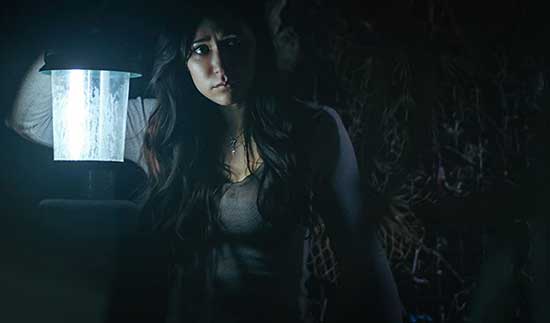 At its core, “The Old Ways” could easily be written off as another possession movie. A lot of the basic plot points are there, and, to be honest, there are a couple of moments that felt lifted straight from “The Exorcist” but done in a dirty forest hut setting. You get the naming of the demon/devil and then the steps to draw the creature out of the afflicted person, just like 97% of the possession movies out there.

Gore and gross content? This movie has you covered by presenting some fairly uncomfortable body horror with vile and unnerving things found inside or coming out of living humans. In fact, one scene of retching may induce a similar response to those sensitive to that kind of thing.

Action? Towards the end of the second act and through most of the third, there are some rather well-staged action scenes in which the characters are literally fighting with their demons. Fast edits and exciting images keep the plot points rolling to make the latter half a bit of a thrill.

Put those things together with dark, moody lighting during the possession scenes and incredible shots of the surrounding landscape (when you get to see it) along with believable acting from the cast (including two wonderfully-understated  performances from Julia Vera and Sal Lopez as the bruja and her assistant, respectively), and “The Old Ways” is an entertaining horror film that hits the required marks and should leave most general viewers satisfied.

However, this film seems to have more to say than just its tale of possession and exorcism. Two main themes keep reoccurring throughout the film, and they help give the film a touch of depth that it needs to make the tale more human. 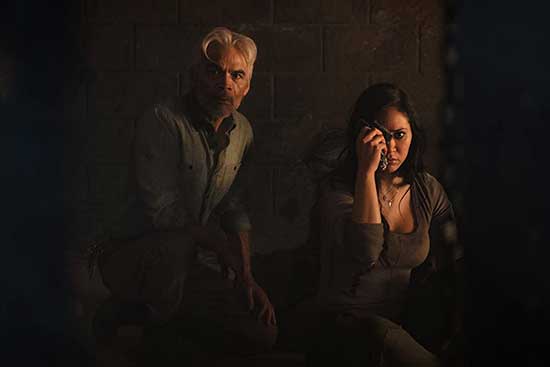 First theme that basically pervades the entire film is one person’s relationship with their history and culture. Frightened by the “old ways” as a child, Cristina used that fear to reject her culture and its traditions, causing her to leave her village as soon as she could. Even though you get just a couple of scenes of her in her city life, you see that weird sense of urban entitlement surface as she attempts of bargain and manipulate her way out of being held hostage. It’s almost as if the film is suggesting that investing yourself in the trappings of society is a form of demonic possession.

The only “human” element in her city life is a fish she keeps at work. The fish appears at various times during the film as a sign of Cristina’s tenuous connection with living things, if you want to read stuff into the film. 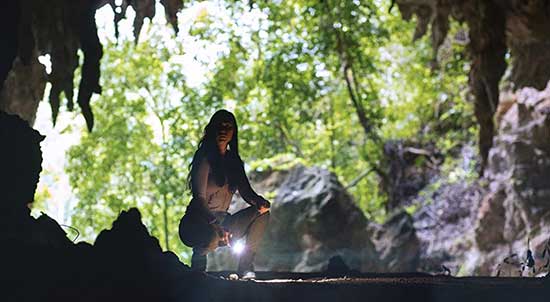 As the film progresses, she becomes more acquainted with the history and lore of the bruja and becomes more understanding and respectful of her origins and the related culture. In the end, this new-found connection provides strength to handle what is to come.

The second theme is darker in that it deals with drug addiction issues combined with suicidal inclinations. Within the first third of the film, we find out that Cristina, on top of her other problems, is a heroin addict. Admittedly, it does play directly into the “possession” part of the film. Is the addiction really the demon they see inside of her? Of course, to help with the exorcism, Cristina must overcome her dependency on the drug. 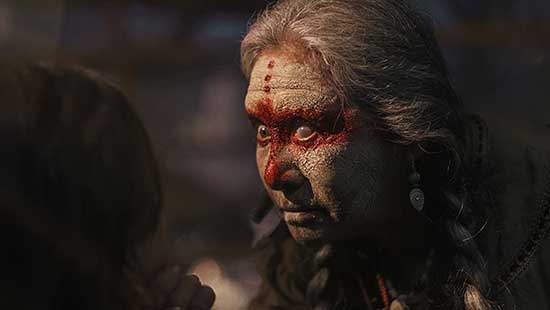 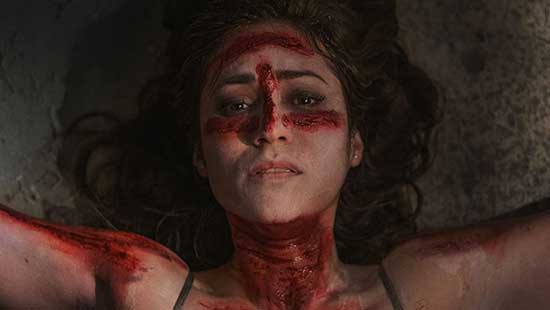 Deeper than that, let’s bring her pet fish back into this. The fish is black and could be a representation of how Cristina views her soul, which she keeps alive, but just barely. When she leaves for her Veracruz assignment, she puts the fish and its bowl in a public place along with a sticky note that reads, “Don’t let me die!” A plea for help? Apparently, as that very note re-appears later as Cristina comes to some very uncomfortable truths.

If you want to read a lot into “The Old Ways”, you certain can with ease. If you just want an entertaining horror film, it is happy to accommodate you there, as well. If you expect lots of jump-scare shocks and hyper-violence, you’ve woken up in the wrong bruja’s hut. Have a nice glass of goat’s milk and relax a little.