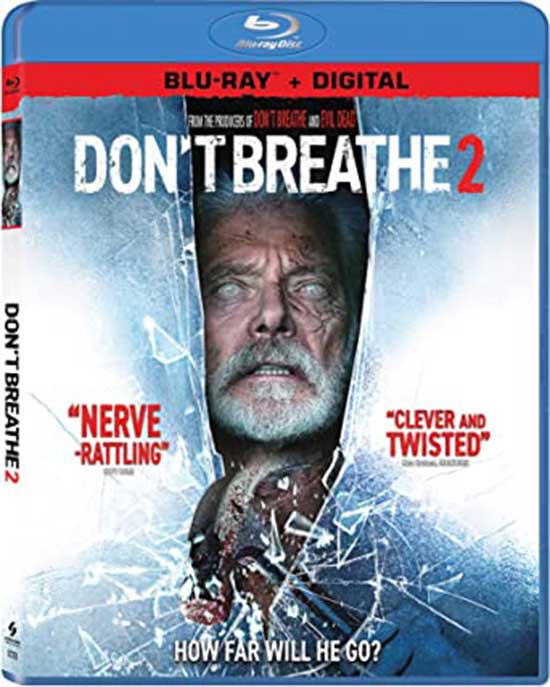 The sequel is set in the years following the initial deadly home invasion, where Norman Nordstrom (Stephen Lang) lives in quiet solace until his past sins catch up to him.

During the 80s and 90s, Vietnam veterans, as characters in horror/action films, were considered to be modern-day ninja with uncanny abilities that made them almost invulnerable. Have some average Joe get shoved around until someone mentions, “Hey, didn’t he serve in Vietnam?” and that plain dude becomes a whirlwind of ass-kicking terror.

Having spent over a decade working with veterans, it is pleasing to see veterans get positive recognition, but that trope has outlived its usefulness. Has not stopped it, though. Now it just gets transferred to Gulf War or later, or they just say that the person is former Airborne or Navy Seal, and the modern-day ninja returns!

“Don’t Breathe” added the disadvantage of making the veteran blind while cranking the mythical prowess to a new level. Admittedly, “Blind Fury” did this first, years ago, but that was more of a nod to the Japanese Zatoichi films than anything else. “Don’t Breathe” made the blind man a silent delivery system of death – as well as a monster once his secrets came out.

“Don’t Breathe 2” picks up at least 8 years after the first film. The blind veteran, Norman, is now playing father to a young girl, Phoenix. He runs her through survival obstacle courses, homeschools her, and tightly controls her interactions with the outside world, except for an occasional outing with a young woman who picks up plants from Norman’s greenhouse.

After Phoenix has an unusual run-in with a guy hanging out in a public restroom, shadowy people show up at Norman’s house with evil intent, and the slaughter begins anew.

Up front, “Don’t Breathe 2” looks great. The heavy use of shadow to create a world of low visual acuity nicely bridges Norman’s world of darkness and the questionable motivations of the men who lay siege to the veteran’s house. The camera acts like a third party who is also sneaking about in an effort to watch the confrontations.

Performances are uniformly good. Stephen Lang fills his character with a lot of unexpressed pain from his past. The opposing group is confident even in the face of deadly setbacks as the film progresses. Madelyn Grace as Phoenix gives a solid emotional performance as well as handling the physically-demanding role believably.

Where “Don’t Breathe 2” falls short is the writing. While the actors cram as much emotional depth into their characters as they can, the script skims over character development to punch up the action sequences. Coming into this without seeing the previous film, you are given a control-freak dad, a child craving freedom, a third-party who acts as the voice of reason, and a group of people with bad intent. Stock characters in every position.

Everything about the film is there to support the cat-and-mouse action scenes, which, while well done, get tedious after the second or third drawn-out set up and violent resolution. You get one minor story twist to shake things up, but even that is clearly spelled out within the first few minutes of the film if the viewer is paying any attention.

Not paying attention is what “Don’t Breathe 2” seems to thrive on. If you’ve seen the first film, you are expected to not pay attention to the new relationships in this film. You are not supposed to notice how thin the characters are or how convoluted the plot becomes. You are not expected to question how Norman doesn’t hear gunshots outside his home but can hear a tiny bell ringing a mile or so away.

“Don’t Breathe 2” is acceptable cinematic white noise. It looks good and moves quickly enough, so you can put it on and watch the images move across the screen. It has enough structure that you feel like you’ve seen an adequate beginning, middle, and end to a tale while getting the required amount of violence and emotion resolution. Just do NOT peel any part of it back to see its inner workings. You may be less pleased.