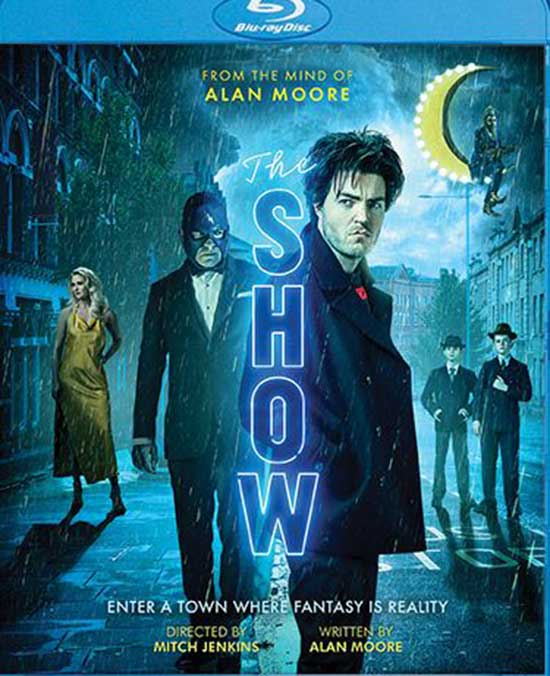 A man’s search for a stolen artifact leads him to the haunted town filled with Voodoo gangsters, masked adventurers, Depression-era private eyes and violent chiaroscuro women.

The movie “The Show” is a 2020 hypnotic new film directed by Mitch Jenkins, written by Alan Moore. Being a fan of Moore’s previous stories such as “Watchmen”, “From Hell” and “The League of Extraordinary Gentlemen”, I was compelled to take the journey into his latest contribution which was already proving to be interesting just on trailer alone.

Starring in this film is actor Tom Burke, playing the role of Fetcher Dennis, a private eye detective/hit man hired to find his employer Mr. Beeker’s daughter’s killer and family heirloom necklace (an ornate cross from the Rosicrucian era). 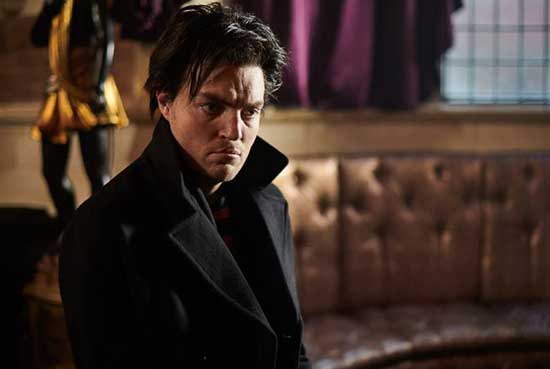 It is a movie that is best described as part noir drama with a rather fantastical element that takes its viewers on the road to strange characters, out of the way settings, and an overall landscape of nightmares and dreamscapes.

The film, while slightly melancholy, stands strong with its use of visuals and interesting characters that feel more like a mix of underground vampires and alterative personalities. Cleverly enough, Fletcher arrives in Northampton in search of a man named James Mitchum. James is a womanizer type that has become the target of this investigation but is quickly dismissed as a past reference when discovered deceased in the first act. 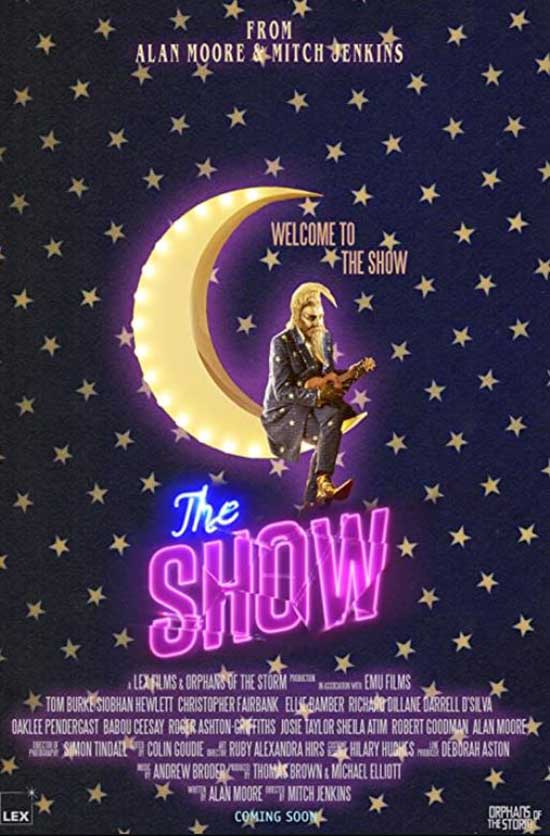 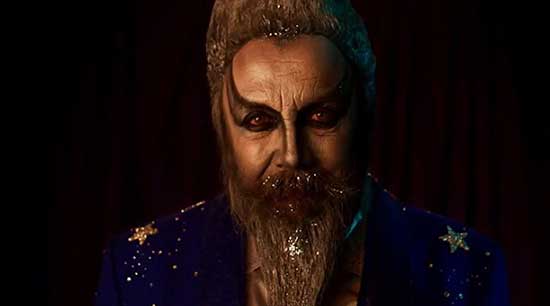 The job itself essentially is done (which sounds a bit like Fletcher was hired to murder him) but takes a different turn when the original financier asks him to find the necklace to receive full payment for the assignment.

This sets Fletcher on a local rooted mission to discover its where about’s and to return it to its proper owner.

What keeps this rather quirky tale moving is the road ahead filled with underground nightclubs, the associates that have come into contact with James, and the few odd persons in between.

The Show is a fun piece that uses its noir influences to showcase its Northampton surroundings ignoring traditional conventions in favor of the slightly more fringe approach by presenting a somewhat metaphysical experience at times. It’s inventive with its use of alternative settings and ultra-realities flavored by a simple story with odd people in between.

The palette here will appeal to viewers who like their detective stories combined with strange often at times slow grinding it way thru them. The acting and narrative is likeable and that alone should be enough to give this one a whirl. The bluray also has a few extras to fill in the cracks!

The Show is now available on blu ray per Shout Factory