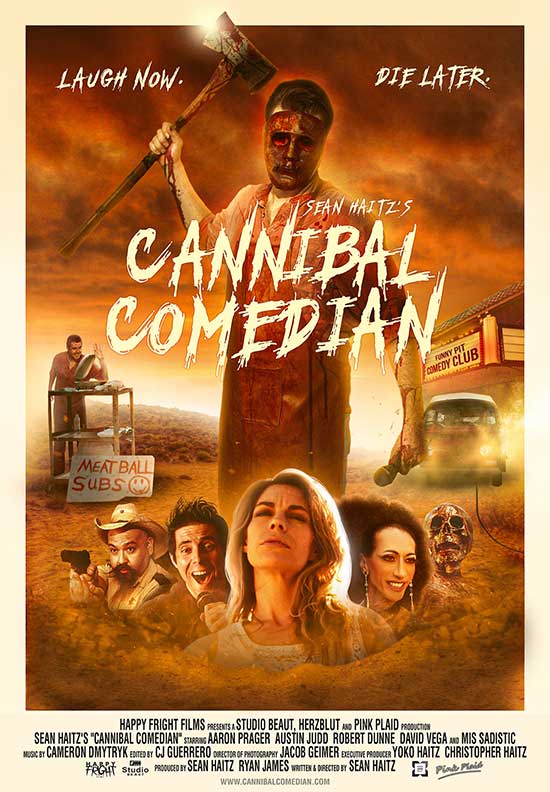 The legendary hitchhiker, Edwin Neal from The Texas Chainsaw Massacre (1974) has joined the cast of Cannibal Comedian, directed and written by Sean Haitz.

A psychopathic cannibal, fed up with his lack of ambition, tries his hand at stand-up comedy in an attempt to satisfy his appetite for normalcy.

In April, it was announced that ‘The Texas Chain Saw Massacre’ actor Allen Danziger who played “Jerry” in Tobe Hooper’s seminal slasher classic, now celebrating its 47th anniversary, would join the cast of ‘Cannibal Comedian’, a horror epic with an undertone of dark comedy written and directed by Sean Haitz (‘Big Top Evil’, ‘Area 5150’).

Well now Danziger will be joined by fellow Leatheface legacy Edwin Neal, most known for his unforgettable role as The Hitchhiker (A.K.A. Nubbins Sawyer) in the original 1974 cannibal classic. Set in the modern-day American west, the film meshes over-the-top humor and rampaging horror at full throttle. It combines the pure terror of hearing Leatherface’s chainsaw with the gut-busting laughs of a classic Jim Carrey film. Littered with scary, grotesque, and wildly energetic characters, the film is a love letter to horror and stand-up comedy.

eal will be voicing the role of Skelly, boney sidekick to the cannibal comedian character, Charlie (Aaron Prager). Actor quote: “Hey! There was NO way I was turning down work on a film as cleverly constructed as Cannibal Comedian! The concept alone is worth the price of admission if all they had was 2 guys sitting at a table pitching the project.

This is fun stuff indeed. Few years from now, I’ll be sitting with my grandchildren […] going ‘and THEN I was the voice of a skeleton. Good times.’