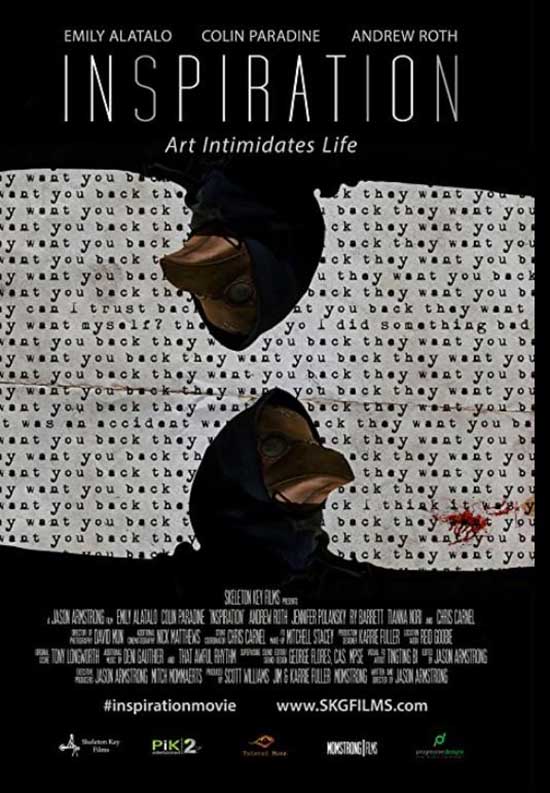 When a young author returns to her horror roots, terrible things begin to happen around her.

Perhaps the most fascinating of horror film themes is the one that studies the human condition, in all of its positive and negative glory, in depth. If the power of the demons within each of us can be allowed to manifest in some physical form, it could result in a terror trip far more intense than any supernatural fantasy could ever hope to do. For myself, particularly, the trope from this arena that grips the best is one where everything centers on the sanity question of the lead character. There are murders surrounding them that may be real or a figment of an extraordinarily deluded mind. Further, if they are actually happening, who is the perpetrator and why. Emotional state comes heavily into play along with the framework of surroundings. An isolated, snowbound setting for events to play up an escalating mental isolation forming. In the case of Jason Armstrong’s intense, muted 2016 chiller Inspiration, it’s the fear of betrayal and abandonment that the lead character, author Samantha Kingsley, that make her a perfect lightning rod for bloody mayhem to encompass her world.

Originally a successful scribe of horror tales in both cinema and literature, Samantha has taken a break from the macabre to write romantic fiction, something that may provide a creative splash even as it tears at her pocket book. After dealing with devastating news that her husband is carrying on with an affair, she’s lured back to doing what made her a name by her publicist. Finding a perfectly remote, snowbound home in a rural community (shooting locations for the piece done in Toronto, North Bay, Guelph and Hamilton, Ontario, Canada) as her visual muse to write while getting away, Samantha settles in just as she begins to experience what appear to be hallucinations of people she comes in contact with (locals and family members) being brutally murdered by a mysterious figure. Kingsley also kills a homeless man with her car by accident, determining to cover up the event by disposing the body and telling no one. More bloodletting occurs, always linked to Kingsley. Is she the killer? Is this all in her fragile, fraying mind? Or is she the victim of a plot by others intent on driving her crazy?

Armstrong takes a calculated risk that, by placing the spotlight on the lead character for the bulk of the 87 minute runtime, audiences will not lose interest in her plight long before the final credits roll. Credit to his keen sense of casting for finding and hiring Emily Alatalo to inhabit the role of Kingsley. Her soft features and quiet conviction help to grab the audience and lure them into her world. 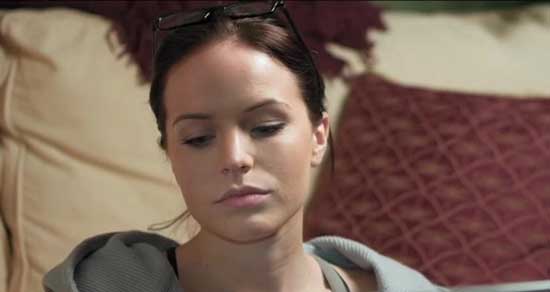 The art of subdued emotion is not easy for a thespian to grasp but so essential in becoming a part. Armstrong similarly makes a wise decision to favor languid camera movements and the occasional static shot when framing either the exteriors for atmosphere or the interiors to catch mood. In addition to those locales mentioned above, the house set is incredibly detailed, lush in a way, lending its own element of somber to the story. Alatalo is supported by a game roster of actors who seem to throw themselves into their roles with gusto. Colin Paradine is a treat as the likably low-key neighbor/love interest, while Sean Anthony and Jennifer Polansky provide a level of fun energy as her brother-in-law and sister, respectively. Andrew Roth lends a certain detached creepiness as Kingsley’s neighbor and potential suspect. Even Ry Barrett, as the philandering spouse has some effective moments showing a hint of damage.

Another plus is the rather minimal emphasis on gore and more on reaction shots via the cutaway. Even with the welcome restraint, the practical effects by Mitchell Stacey are truly realistic and more than a bit grisly. The mangled body of the homeless man Kingsley runs over with her auto managed to elicit more than one wince from me. A suitably moody score by Tony Longworth underscores the dreary, dank aura of the story.

Never mind the latex applications and prosthetic appliances that accompany the werewolf, zombie or vampire fiction. The intangible pieces of the psyche demon is just as grotesque on the surface and capable of the nerve-jangling shock and doesn’t require the budget the former does. All it does ask for is your malleable imagination. Inspiration is just as its title suggests, an inspiration to any filmmaker who thinks less is more.