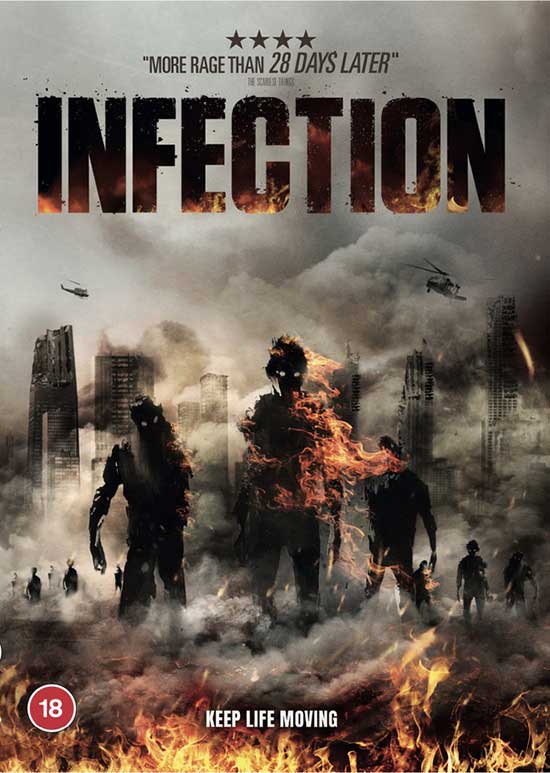 As the world continues its fight against Covid 19, genre distributor Danse Macabre has scheduled a UK and Ireland release of Flavio Pedota’s prophetic virus horror INFECTION which will hit DVD and Digital on October 18th 2021.

When an outbreak of a new virus mutation turns the population into blood thirsty crazies, a young doctor is separated from his son. Navigating his way through the plague-infested streets and marauder-filled countryside, he must use every resource to find his only child and discover a cure for the deadly disease.

Produced before the outbreak of Covid 19, INFECTION received its world premiere at Sitges and has since screened at over 20 festivals worldwide including Festival of Fear in Canada where it won Best Foreign Film and Panama Horror Film Festival where it won Best Film. Raindance hosted the UK premiere followed by screenings at Cine-Excess in Birmingham and Dublin Horrorthon in Ireland. On October 2nd 2021 INFECTION will receieve a special preview screening at the Spirit of Independence Film Festival in Sheffield’s Abbeydale Picturehouse.

Asda and HMV will be supporting the DVD release and INFECTION will also be available to rent or download from Amazon, Sky Store, Googleplay, i-Tunes, Microsoft (Xbox) and YouTube.