There are plenty of obstacles in the film industry, but sometimes, dreams can come true — with a boost from the genre family.

That’s what horror aficionado and award-winning film critic, podcaster, writer and short-film director Hope Madden intends to prove as she realizes a lifelong aspiration by launching the crowdfunding campaign for her debut feature film, a horror comedy called Obstacle Corpse. 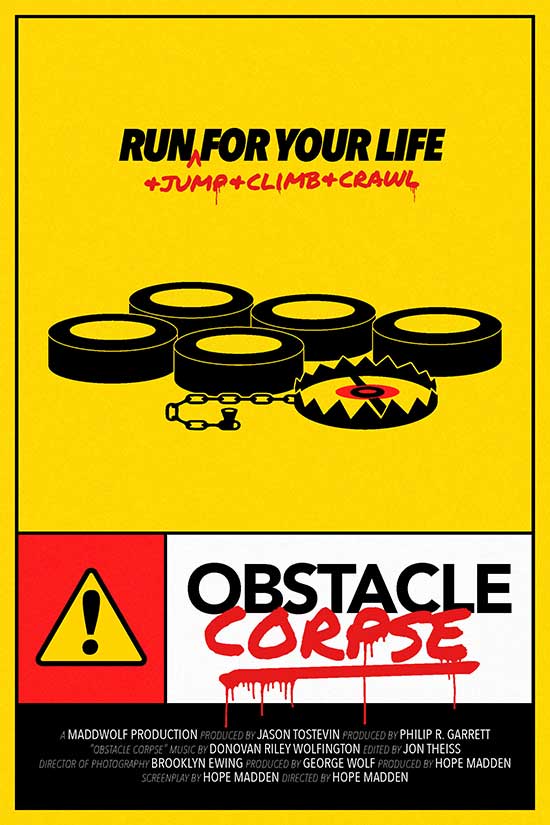 “Most of us love and want more good horror comedies, and all of us want more women-led films,” Madden says. “Horror is a legitimate space to say something new, and it’s a genre that needs female voices. After decades of watching, analyzing and supporting independent film, it’s time for me to make one.”

Madden will direct the film from her screenplay, about a teen who tries to prove herself to her father by running a grueling obstacle race, only to discover the other runners are hunting her. She has assembled an experienced features team, with women in nearly all above-the-line roles, including producer, director, writer and DP, as well as lead actor.

With deep horror knowledge as a lifelong fan and critic, Madden says she plans to make a crowd-pleaser: funny, smart and with plenty of gory kills. Effects, she says, will be “all in-camera, all practical, by an SFX lead who’s done some of the most outstanding gags of the last 20 years. I can’t name the person yet, but I am so excited to work with them, and fans are going to be pleased.”

The team has already secured seed funding. The IndieGoGo campaign will supplement that budget to elevate shooting, production design and FX, while raising awareness of the production and providing the genre community an opportunity to get behind the scenes during shooting.

The film will be shot in several locations around Ohio next spring, and Madden aims to have the film finished for a festival premiere in late summer or early fall of 2022.