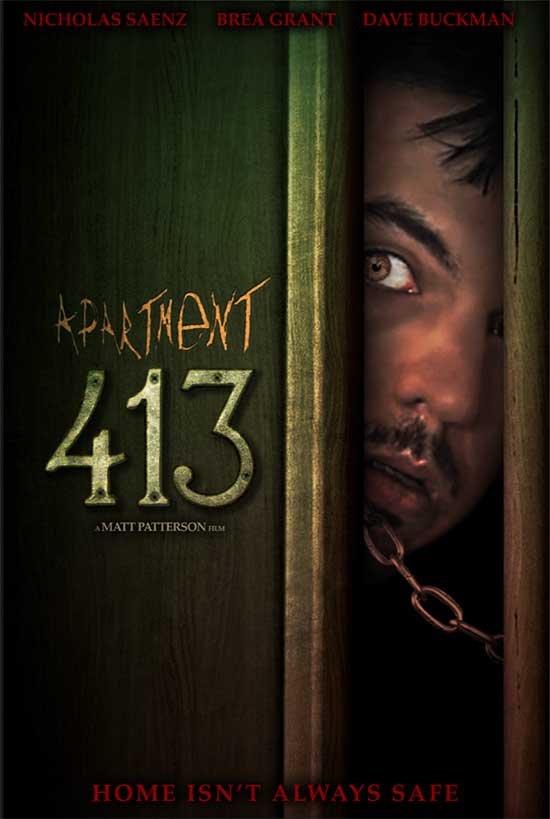 Nicholas Saenz (“American Crime”), Brea Grant (“Beyond the Gates”) and Dave Buckner star in Matt Patterson’s unnerving APARTMENT 413, premiering On Digital this September from Terror Films.
Marco spends his days applying for jobs online and waiting for Dana, his pregnant girlfriend, to get home. Strange post-it notes mysteriously appear around the apartment with cryptic warnings. A mechanic texts and calls him with menacing messages from an old non-functioning cell phone. The walls close in and tensions build between Marco and Dana’s relationship until all sense of safety dwindles as the lines between imagined and reality blur for both Marco and the audience. When Marco discovers the root of it all, his real problems begin.
Terror Films presents APARTMENT 413 on Digital Download September 17
Share