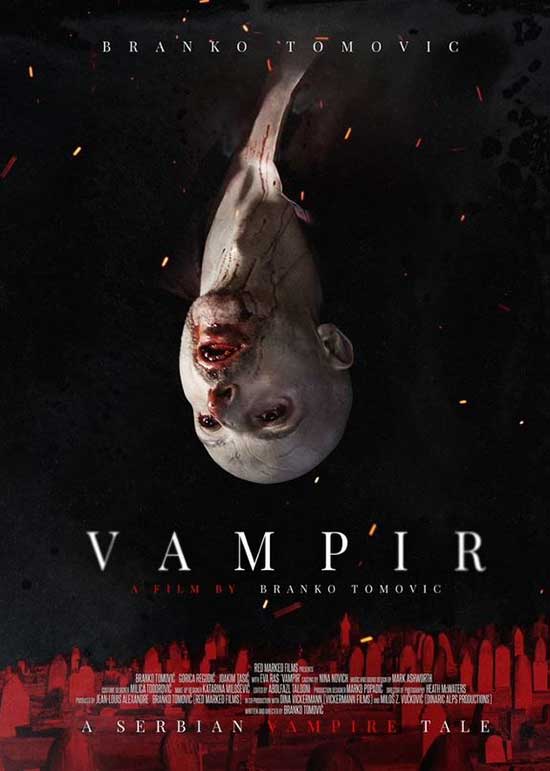 Branko Tomovic’s directing debut VAMPIR will have its world premiere at the upcoming Sitges International Film Festival – the world’s foremost and one of the most prestigious and important international festivals of fantasy and horror movies.

In the film, “After witnessing a crime in London and looking for a place to hide for a while, Arnaut (played by Tomovic) is offered a job by charming yet ruthless local Vesna (Regodic) to look after a cemetery in a small remote village in Serbia. He soon starts to have nightmarish visions and is frequently visited by the mysterious older woman Baba Draga (Ras) who guides Arnaut into the darkness. Only the village priest (Tasic) seems to be trying to keep him safe from the sinister intentions of the villagers.”

“Our film is inspired by those early myths, superstitions and folk elements that surrounded the first real vampire cases in Serbia in the early 1700s. Those were the origin of vampires which many people don’t know. Our film is set in modern times and I wanted to show a more mysterious side of Serbia.

On another level, the film also serves as an allegory of an immigrant child who was raised abroad and comes back to his ancestry’s country, where he is confronted with the local habits, traditions and way of life which are hard to accept at first.” says Tomovic.