VIOLATION – Available on Digital HD and Blu-ray on September 21, 2021

Available on Digital HD and Blu-ray on September 21, 2021 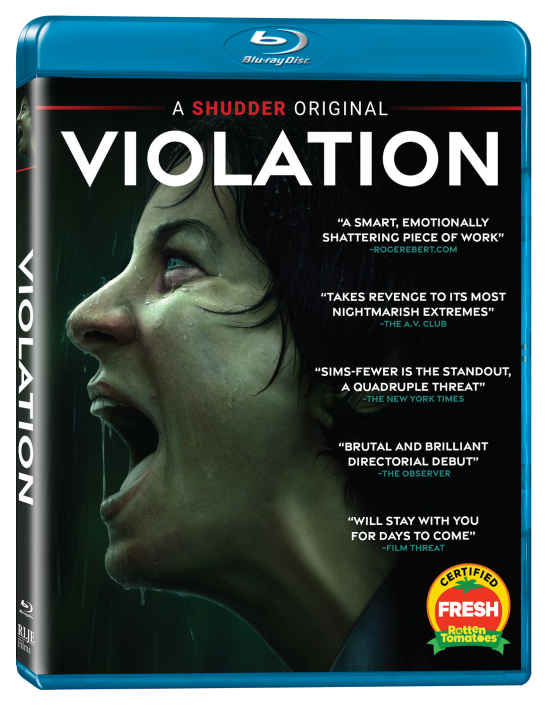 RLJE Films, a business unit of AMC Networks, has picked up select rights to the horror film, VIOLATION from Shudder, AMC Networks’ premium streaming service for horror, thriller and the supernatural. RLJE Films will release VIOLATION on Digital HD and Blu-ray on September 21, 2021.

The feature screenwriting and directorial debut of Madeleine Sims-Fewer and Dusty Mancinelli, VIOLATION stars Sims-Fewer along with Anna Maguire (Ever After: A Cinderella Story), Jesse LaVercombe (“Murdoch Mysteries”), and Obi Abili (21 Bridges, “Billions”). VIOLATION had its World Premiere at Toronto International Film Festival, International Premiere at Sundance Film Festival and screened at SXSW. Sims-Fewer received a TIFF Rising Star award for her performance. RLJE Films will release VIOLATION on Blu-ray for an SRP of $28.96.

In VIOLATION, with her marriage about to implode, Miriam (Sims-Fewer) returns to her hometown to seek solace in the comfort of her younger sister and brother-in-law. But one evening, a tiny slip in judgement leads to a catastrophic betrayal, leaving Miriam shocked, reeling, and furious. Believing her only recourse is to exact revenge, Miriam takes extreme action, but the price of retribution is high, and she is not prepared for the toll it takes as she begins to emotionally and psychologically unravel.

Check out the trailer: https://youtu.be/Dx9Ok16g6aM

Bonus features on the DVD include: