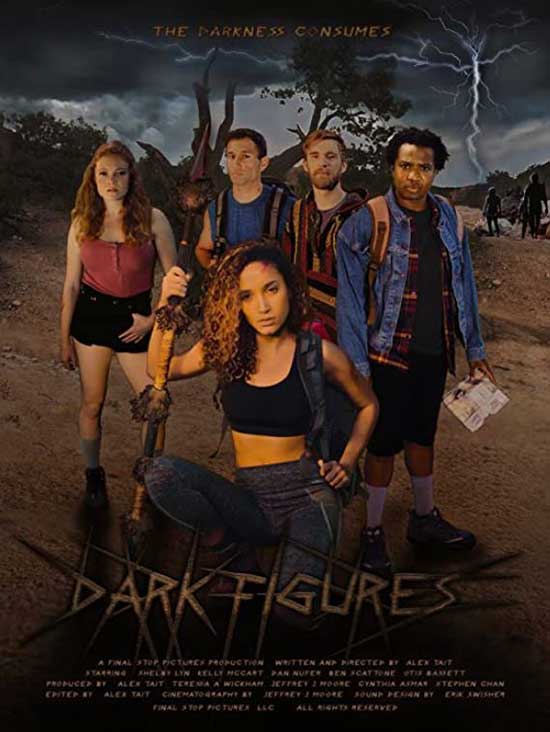 Five friends accidentally awaken an ancient evil while hiking in Arizona. They must fight to survive both a demonic spirit and the small tribe who worships it.

Some movies you remember from their opening scene until your dying day. Other movies slide out of your memory as life gives you more and more to remember each day.

Ever see a movie that erases your memory of it as you watch? I did. It is called “Dark Figures”. I know it sounds like a bad thing, to forget about the very movie you are in the process of watching. Believe me, it helps.

Honestly, I am not here to rag on “Dark Figures”. I could, but let’s be positive. 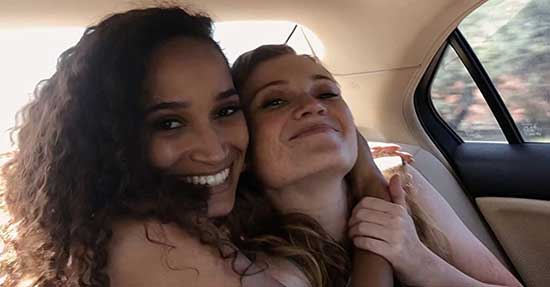 The first 40 minutes of the film left me wondering if I was watching a parody of Millennials and Gen Z and their relationships with their phones. I mean, it is pretty funny. Everything became even funnier when I realized it was meant to be serious. One lady is an “influencer” but she only seems interested in one-upping everyone else. One guy constantly examines his urine color and comments on it.

Do you watch vlogs like that? If so, don’t visit me. Ever.

We follow the “found footage” of a group of friends who are going out to visit a sacred site as an extra-credit effort. Given the people we follow, I can see why most of them need extra credit. One seems like a stereotypical dense jock. Another is that “influencer” exhibiting no discernable skills. Then there is Urine Boy. Oh, and the lady obsessed with Urine Boy.

Last, we have the nerd character. The pleasant change with this movie is that the nerd character really IS the smartest one in the group, and when he gets upset with his moronic companions, he is justified with every comment he makes!! This dude is together enough that I think he went along just to see the others stumble around lost as a goof.

Even though the characters are all vain enough to record themselves endlessly, it still seems odd that cameras are “positioned” to provide wide shot coverage when the average dolt does a selfie-angle video that usually hides whatever they felt they had to share. As a result, the “found footage” is highly selective and unconvincingly shot. Also, what poor deputy had to wade through hours of inane footage and edit it all into a coherent story, and why in Hell would you alter evidence?

My mistake. Rational thinking is not required here. Not that I mean that as an insult. This movie functions much better as a brain-on-idle experience. Just let the cringe of 5 people playing up to their phones/cameras soak in. Maybe a nice beverage or two to make you less inclined to restructure your entire 5000 movie collection in the middle of things. Warm yourself with thoughts of what horrible ends folks might come to in this film. Chuckle at the “dark figures” that torment our group of young folks. Enjoy the oddly naïve nature of the movie.

Just don’t think about it.

The naïve comment is a fair one. It seems like a friend handing you a short story and self-consciously running away as if you can instantly read all of it and immediately be critical. That helps fuel a more positive vibe even though you feel like you are watching the next, and much cheaper, “Birdemic”.

Oh, yes, “Birdemic” comes to mind as the characters realize their shadows are a threat so they begin crawling on their stomachs to minimize the shadows. In the middle of a desert. Daytime. But the whole thing is done with such earnestness that you almost feel bad for snickering. But snicker, you must. 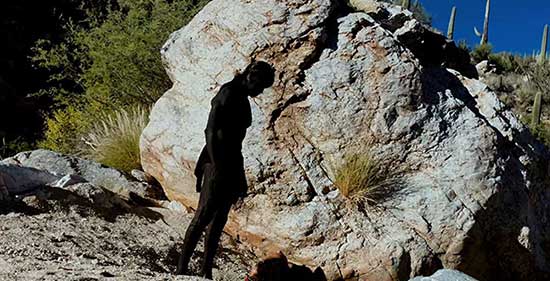 The performances are about what you would expect. Some folks strain your patience while others just seem to be playing themselves with a bit too much enthusiasm. I fear Urine Boy really does check the color of his whiz.

“Dark Figures” might be worth checking out if you have a group of friends who enjoy riffing on a movie. It really does beg for the kind of commentary. Still, I need to see the sequel to this because I want to see how the filmmakers improve. For now, we have this goofy wreck of a movie that becomes more entertaining than it deserves.