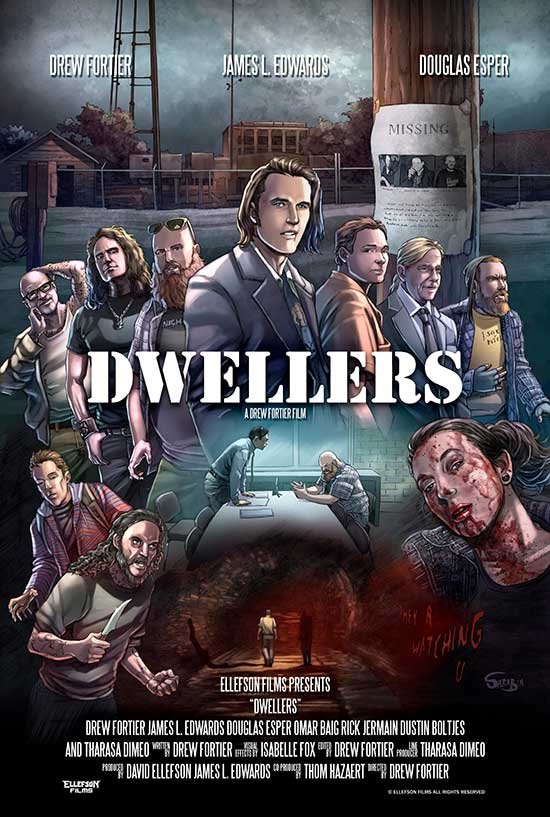 The film will be released October 12 digitally with the same date serving as the estimated street date for the film’s Blu-Ray release.

Dwellers is produced by David Ellefson, via Ellefson Films.

While shooting a documentary on the suspicious disappearances within the homeless community, a filmmaker and his crew go missing while uncovering a terrifying and vicious secret below the city’s surface.

If you were ever curious what C.H.U.D. would have been like if it were shot like The Blair Witch Project, then look no further!

Dwellers follows Drew Fortier (Attack of Life: The Bang Tango Movie) who, portraying himself in this POV adventure, takes you on a sardonic journey into the depths of the sewer systems of Ohio while attempting to adhere to an impossible deadline to complete a documentary on the local homeless population.