Los Angeles based Edge Of Paradise have announced the upcoming release of their new studio album, “The Unknown” on September 17, 2021. Today, the band has released a new single and video from the album ‘False Idols.’ 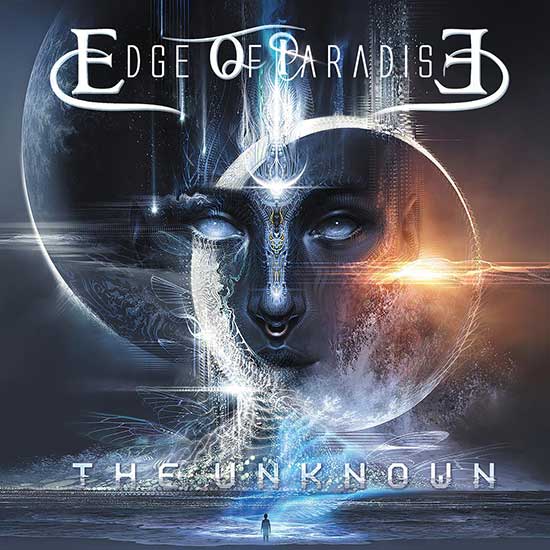 Pre-order/save ‘The Unknown’ on CD/Color Vinyl/Digital HERE: orcd.co/eoptheunknown
Watch the previously released music videos for the singles ‘My Method Your Madness’ HERE: youtu.be/Q46MWDHx1F0 ‘Digital Paradise’ HERE: youtu.be/vPRLypNTxg8 and ‘The Unknown’ HERE: youtu.be/Klp366ZQJCY
“The Unknown” is Edge Of Paradise’s fourth studio album, coming on the heels of their well-received third album, and Frontiers Music Srl debut, “Universe”. The band teamed up with renowned producer Howard Benson (Halestorm, My Chemical Romance, Seether, etc.) who, together with Mike Plotnikoff (Halestorm, Three Days Grace), and Neil Sanderson (Three Days Grace) helped the band craft their biggest sounding album yet. Add in mixing and mastering by Jacob Hansen (Amaranthe, Volbeat, Pretty Maids) and you have a fool proof recipe for a sonically stunning album. “The Unknown” builds upon where “Universe” left off, developing Edge Of Paradise’s overall symphonic and metallic sound while bringing it to the next level. Gigantic hooks paired with monolithic guitar riffs in a spacious sea of symphonic sounds will immediately grab listeners and whisk them away on the band’s sonic, and lyrical, journey.
Edge of Paradise’s founding members, singer Margarita Monet and guitarist Dave Bates, have found their perfect partners in crime with the addition of drummer Jamie Moreno and bassist Ricky Bonazza. The band, tighter than ever, is ready to blow everyone away once they are back on the road with this stunning new music in tow. Current plans are for the band to tour extensively through 2022 in support of “The Unknown” as well, with touring announcements coming up soon.
Tracklist:
1.  Digital Paradise
2.  My Method Your Madness
3.  Tidal Wave
4.  The Unknown
5.  Believe
6.  False Idols
7.  You Touch You Die
8.  One Last Time
9.  Leaving Earth
10. Bound To The Rhythm
11. My Method Your Madness (Industrial Remix) Bonus Track
LINE-UP:
Margarita Monet – Vocals, keys
Dave Bates – Guitars
Jamie Moreno – Drums
Ricky Bonazza – Bass
Share