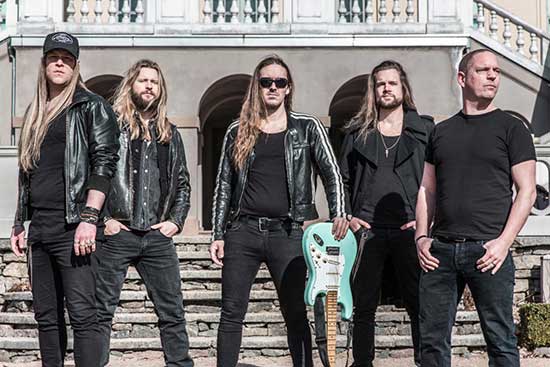 Perpetual Etude have released their debut single “Show Me”, along with a lyric video. This is the first track from the band’s upcoming debut album ‘Now Is The Time’. Packed with blazing guitar and keyboard solos, fast and heavy riffing, and very melodic vocals, this is definitely something you don’t want to miss out on.

Perpetual Etude was formed in 2019 by Magnus Mild with the sole goal to bring back the best of the heavy metal of the ’80s. Influenced by the genre when growing up, Magnus teamed up with members from NorthTale, ex-members from Dionysys, Nation, and Shadowquest, as well as Göran Edman on “Sail Away” to complete the vision. The result is the best of a whole decade in the astounding debut, ‘Now Is The Time’, an album filled with blazing guitar riffs, keyboard solos, and catchy choruses. ‘Now Is The Time’ will see an October 15th, 2021 release via Black Lodge.

LISTEN TO “Show Me”