The Mighty WARKINGS Release New Video for “We Are The Fire”

The Mighty WARKINGS Release New Video for “We Are The Fire”
New Album, Revolution, out this Friday
Join the WARKINGS Revolution! 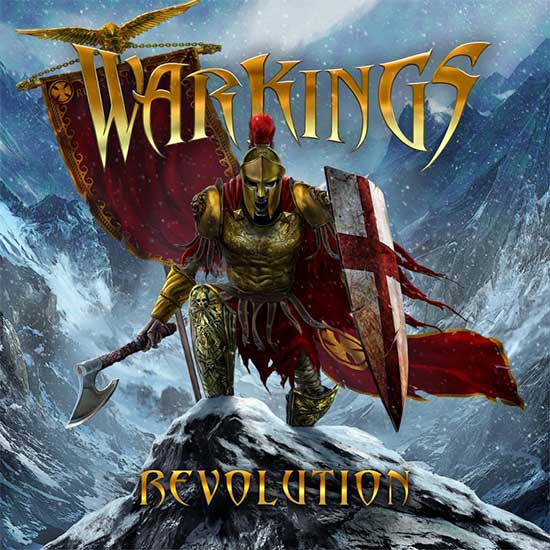 WARKINGS Warriors beware! The mighty kings return to the battlefield, armed with glorious weapons made of pure Heavy Metal – the time for Revolution is close!
With their next battle hymn and album opener “We Are The Fire” the WARKINGS prepare their return to Earth and call for Revolution! “We Are The Fire” bursts in with full power and sets a statement with driving drums, catchy choruses, and fanfare on the beat.
“We Are The Fire!
We Are The Light!
We Are The Hammer!
We Will Fight!”
The Viking on the album release:

“The time has come, the world needs a Revolution. Raise your banners, fly our colors and join us on our way. We are the fire!”

After their rebirth and the fight against the armies of the underworld, it’s time for Revolution under the flag of the WARKINGS. The four ancient kings, a Roman Tribune, a wild Viking, a noble Crusader and a martial Spartan, raise the red flag and gather their warriors for the next battle!
Tracklist:
1.   We are the Fire
2.   Sparta – Part II
3.   Fight
4.   Spartacus
5.   Kill for the King
6.   Deus lo Vult
7.   Ave Roma
8.   Ragnar
9.   By the Blade