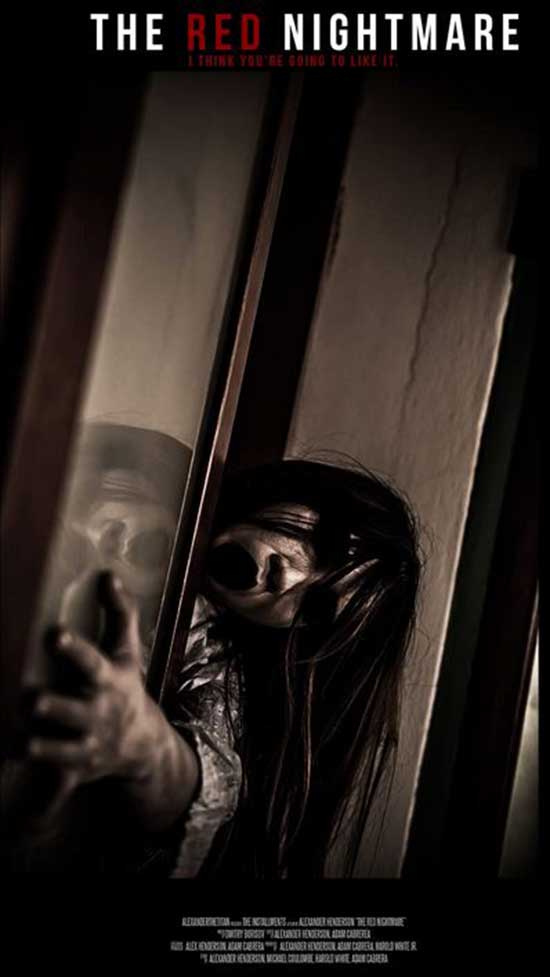 In this anthology based on real nightmares, monstrous entities of various shapes and sizes prey upon the living with terrifying results.

The Red Nightmare (2021) is an unusual anthology of short films directed by Alexander Henderson (The Grotesque World of Jimmy the Bean 2019), with Henderson also serving as head writer along with Michael Coulombe (Dark Lullabies: An Anthology… 2020), Curtis McGann (Sacren 2019), and Barrington Malcom and Tony Savero (making their feature writing credit debuts). What makes the anthology unusual is that, unlike Creepshow (1982) or Trilogy of Terror (1975) wherein three to five shorts abut one another to create a feature length presentation, The Red Nightmare features 13 (!) five-to-ten minute shorts, many of which feature similar casts, locations, and lighting. In addition, while the focus of more famous anthologies’ shorts tend to be on offering twist endings, the 13 vignettes in this film rarely feature a strong narrative arc. This is to say, most don’t make much sense. While this sounds like the death knell for the success of a film, there are some things to like in The Red Nightmare, specifically if you enjoy creepy mirror play, memes, and don’t mind some segments being very derivative of larger and more successful features, such as Takashi Shimizu’s Ju-on/The Grudge series.

The film opens with a short called “Momo,” wherein a woman awakens to find herself stalked in her small apartment by a woman whose face resembles the popular horror meme “Momo.” While its meme fame has caused it to be accepted as public domain, the “Momo” face design actually belongs to prop and effects specialist Keisuke Aisawa, who created the original Momo creature. Seeing it used in a feature without crediting Aisawa is unfortunate, even if the face-sculpt isn’t Aisawa’s exact duplicate. Still, the short has effective jump-scares and interesting visual moments, such as the when the lead (Nicoletta Hanssen, Devil’s Tree: Rooted Evil 2018) pulls back a shower curtain, revealing the figure of Momo is only visible through it when closed.

Effects like this, while not wholly original, are effective, and stand as the hallmark of the included shorts. Nearly every single one features similar technical tricks, as well as jump scares like characters “popping” into frame, or loping suddenly at our leads. These have value, but they do get tired, especially when six shorts have gone by, and all of them feature renditions of the same shots. After the first two shorts pass, featuring similar themes and effects, it seems as though there may be a thread of continuation between all the shorts, like some overarching story or mythos, but by the end of the film, we know that is clearly not the case. This lack of “glue” is a recurring problem with The Red Nightmare, and returns in technical forms, too.

As far as the cinematography goes, everything looks pretty good. The few shorts featuring practical effects are well done enough, and the dim lighting certainly is appropriate in the cavalcade of one bedroom apartments we’re treated to. This isn’t to dig the set decorating, but the locations did take this reviewer back to his old apartments, which wasn’t welcome. There are times when the effects fail, and these are almost always when quick moments happen, such as a monster pulling a character into a closet, under a bed, etc. These show a bit too much of the budgetary limitation, and might have been more effective if achieved differently or somehow “hidden” offscreen.

There are other minor irritations with The Red Nightmare, many of which revolve around how the shorts are put together. The term “stuck” together is more accurate, as while they do all feature a monochrome, simple title card at their starts, Henderson didn’t remove the in-short title cards or occasional credits. This means that you’ll be watching the film, see the title of the next short, watch the short’s introductory scene, and then get treated to the title again. This seems like a lazy oversight, and it would’ve been nice to have these redundancies trimmed out. There are also several occasions where we get an electronically distorted voice telling viewers about a time change, and—while I applaud the efforts to change up the superimposed time/location text we normally get in a film to denote time changes—the voice doesn’t sound good, and I couldn’t stop thinking about the “3 hours later” voice in SpongeBob SquarePants. 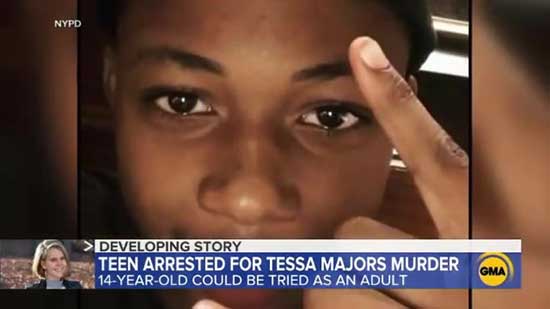 Despite all of these issues, there are some good spots in The Red Nightmare, and the attempt to cram together one filmmaker’s works into a feature-length film serves as a fine reel to show off the creator’s strong areas. It does, though, fall victim to a bit of repetitiveness for that same reason, whereas something like the (indisputably uneven) The ABCs of Death (2012) features shorts that are incredibly different in style and presentation. Overall, if one likes short, arc-less vignettes that focus on spooky moments over story or character, and likes the Robot Chicken aspect of short clips versus longer narratives, there’s fun to be had with The Red Nightmare (2021). Just don’t go in hoping for more than that, lest ye be disappointed.