Torture of Hypocrisy announces a new album and releases a new video! 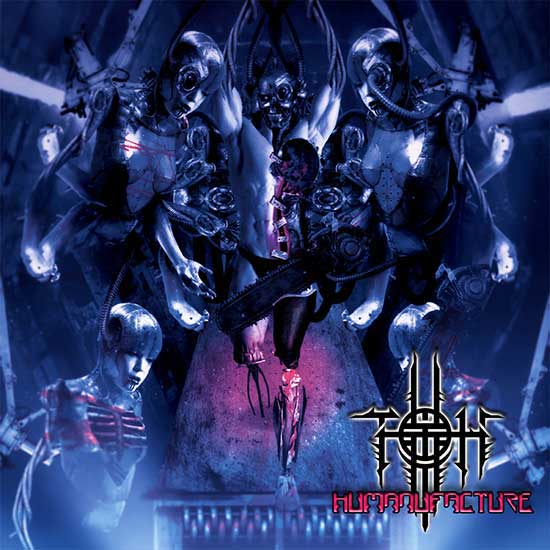 ‘HUMANUFACTURE’ will be the 4th studio album by the Polish industrial groove metal band TORTURE OF HYPOCRISY. It will be distributed globally by Total Metal Distribution and available on all streaming platforms on 1st October 2021.

The group just released an official video clip of the track ‘TECH-ADDICT’ which promotes the upcoming album. The release will be an essence of the band’s ultra-modern style and sound compiled with mastery of tracks composition. The album will present the 7-string guitars mastership with groove drumming, concrete bass, challenging growls and screams, and a strong vibe of electronic ambiance inspired by video games such as Deus Ex series or Cyberpunk. The conceptual layer will be shown a metaphorical picture of recreating and reprogramming a human entity in modern society – humans which turned to be a battery for GDP fed by fake news and social programs like the Chinese “Social credit system”.

The record features also a unique, almost 10min long industrial masterpiece titled “Body Parts Reproduction Facility”. ‘HUMANUFACTURE’ album will be a redefinition in the meaning of industrial metal, redesigned to be based on atmosphere, heaviness, severity and interesting composition, instead of techno-like music played by thousands of bands in this genre. As always, the band delivers a full top-tracking album with a no-throwbacks policy. The official sponsor of this record is the Mayor of Braniewo City.