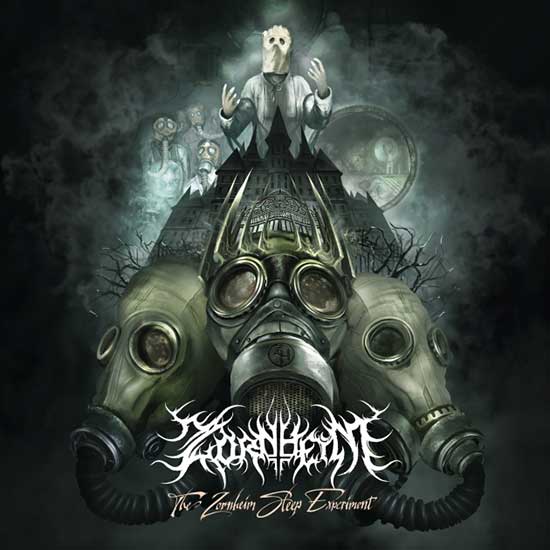 Stockholm’s ZORNHEYM have announced their worldwide signing with Germany’s powerhouse label Noble Demon for the release of the band’s sophomore album, entitled The Zornheim Sleep Experiment.

Founded and led by multi-instrumentalist and songwriter Zorn, who was determined to shake up the traditional “metal-meets-symphony” approach after leaving iconic black metallers Dark Funeral, ZORNHEYM quickly grew from an ambitious idea into a dramatic musical and narrative driven concept revolving around the horrors of a mental institution and its prisoners. The band’s critically acclaimed debut album, Where Hatred Dwells and Darkness Reigns, opened the doors of the asylum in 2017, introducing the terrifying concept and gruesome characters within. Four years later and featuring 10 new tracks of powerful, cinematic and mesmerizing symphonic extreme metal, ZORNHEYM‘s upcoming album picks up where they left off, inviting the listener on a distracting journey, straight into the depths of the asylum! Once again, ZORNHEYM create their very own wall of sound by using a real choir and a string quartet and bring the story to life in a graphic novel that accompanies and expands upon the stories behind the album!

In support of the new full-length record, ZORNHEYM just unleashed a brand new music video for the track “Keep The Devil Away”, streaming here:

“The crushing, mid-tempo song, ”Keep the Devil Away” is your first invitation to “The Zornheim Sleep Experiment”. This melodic yet heavy song takes us deeper into the story of what cruel and unusual treatment the inmates face within the walls of the terrifying asylum behind Zornheym’s concept. Prepare for an aural assault of orchestration and devastating metal riffs that could leave you questioning your sanity.” the band comments.

07. The Veiling Of Bettelheims Eye

10. The Madness That Lurks Within (Epilogue)