THIS SUMMER, IT’S VACATION, DIE AND REPEAT
IN DIRECTOR CRAIG SINGER’S TIME-LOOPING
PSYCHOLOGICAL THRILLER
What if one of the best days of your life suddenly turned into one of your worst nightmares? And what if you were forced to relive that same day again and again? From Director Craig Singer (Dark Ride, Perkins 14, Animal Room) comes a pulse-pounding, time-looping psychological thriller about a dream vacation gone very, very bad.

Bobby Patterson (Michael Reed) is taking one last romantic shot at saving his rocky relationship with his girlfriend, Jules Rables (Augie Duke) on a weekend getaway to the picturesque island resort of Bog Grove. To their bewilderment, the sleepy beach town is curiously deserted, but they soon learn about its notorious and bloody history – one that’s about to repeat itself again and again… 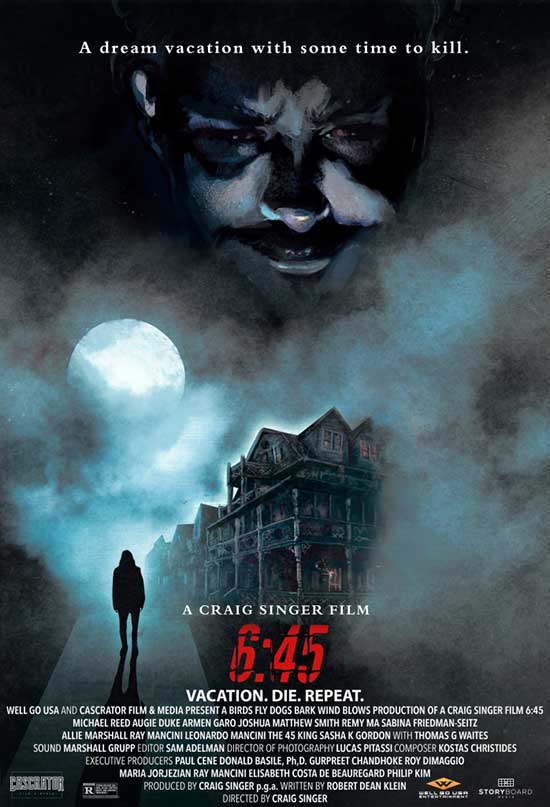