The dynamic duo of the Marvel Universe, Captain America and Iron Man, will be starring in their very own team up comic book series this November! Brought to you by acclaimed creative team, writer Derek Landy (FALCON & WINTER SOLDIER, THE BLACK ORDER) and artist Ángel Unzueta (IRON MAN, STAR WARS), CAPTAIN AMERICA/IRON MAN will be a first-of-its-kind series, taking two of Marvel’s A-listers on an epic adventure that will explore the pair’s fascinating dynamic and history as they go up against a mysterious new threat from Hydra! 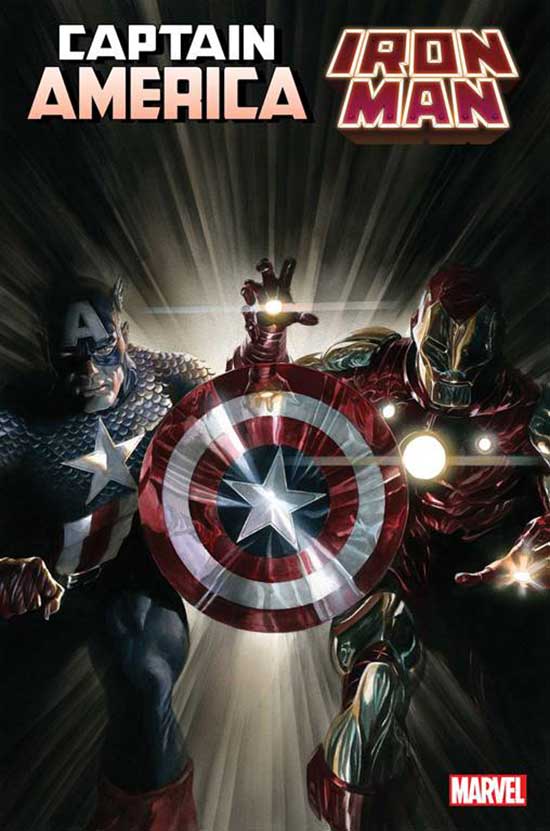 A government agent turned Hydra provocateur stages a daring breakout on her way to prison, attracting the attention of both Iron Man and Captain America. When Steve and Tony realize they both have a connection to the slippery fugitive, they team up to track her down—only to discover she’s not the only player on the board with big plans and sinister motives…

“Ever since the pandemic hit, I’ve been making my way through the old Marvel omnibuses, reading all the stories from the 60s that I’d only heard about/absorbed through osmosis—with Steve Rogers and Tony Stark being uppermost on the reading pile. Little did I know that this was actually a prolonged bout of diligent and thorough research for which I should be roundly admired—nay lauded,” Landy said. “The opportunity to write these characters is as daunting as it is thrilling, but with Ángel Unzueta on art duties, I’m reassured that it’ll at least LOOK gorgeous.”

“For me, it’s a dream come true to draw Iron Man and Captain America. They are my two favorite characters in the Marvel Universe (in and out of costume),” Unzueta said. “Working with Derek has been a GREAT pleasure. He is always enthusiastic about the artwork and encourages me to make changes as I see fit so it is really easy to work with him. He is a great novelist and a really skilled horror film writer, but he’s also wanted to be a comic book writer since he was twelve years old and his love for the medium is shown on every page of the script. He gives the script a great cinematographic sense in every panel and the choreography pushes me to be clear, detailed and dynamic at the same time. There is a lot of things to say about the relationship of these two Marvel heroes and Derek shows in this miniseries his deep understanding of their dynamic and services it into a great and relevant story: An instant classic!”