Home | News | “I AM TOXIC” GETS PHYSICAL IN NORTH AMERICA

“I AM TOXIC” GETS PHYSICAL IN NORTH AMERICA

“I AM TOXIC” GETS PHYSICAL IN NORTH AMERICA

Danse Macabre is pleased to announce the North American DVD release of award winning post-apocalypse thriller I AM TOXIC. The release is limited to 1000 discs and aimed at genre fans, cineastes and collectors across the US and Canada. 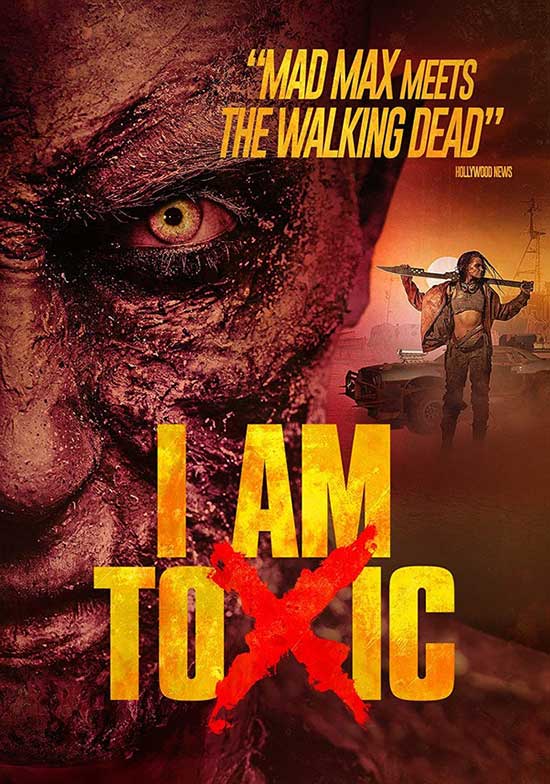 In a world destroyed by biological warfare a man wakes in a pile of decomposed bodies with no memory of his previous life. Taken prisoner by scavengers, he meets a young woman who helps him discover his true identity.

I AM TOXIC received its World premiere at Rotterdam before screenings at Frightfest (UK), Night Visions (Finland), BIFFF (Belgium), Fantaspoa (Brasil), Rojo Sangre (Argentina) and Fantasporto (Portugal).
Argentine director Pablo Pares’s previous films include Plaga Zombie and Demonian:Soldier of the Underworld. Co-Writer and Co-Producer Daniel De La Vega is also known as director of Death Knows Your Name, Necrophobia, White Coffin, Dead End, and producer Nestor Sanchez Sotelo, produced The Funeral Home which recently premiered on Shudder. This team are at the centre of an extraordinary genre movement in Latin America which is taking the world by storm.
I AM TOXIC can be purchased on DVD from Amazon, Walmart, Barnes & Noble, TCM, Oldies, CD Universe, Deep Discount.

I AM TOXIC – Trailer from Jinga Films on Vimeo.