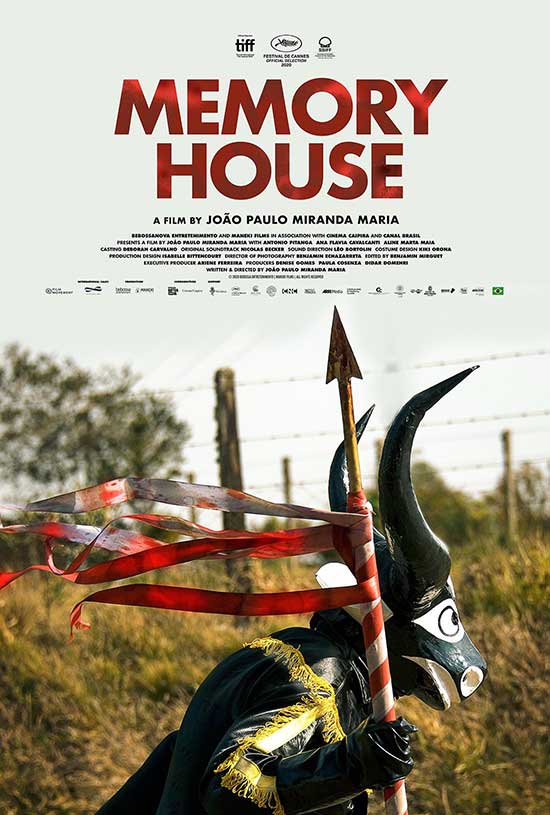 Living in modern times but trapped in a colonial nightmare, Cristovam (Antônio Pitanga, a noted actor in Brazil’s Cinema Novo movement of the 1960s) is an Indigenous black man from the rural north of Brazil who migrated for work during the economic boom to an affluent Austrian enclave in the south. Over three decades later, he is now lost in a decadent community. Informed that he must take a wage cut at the milk factory where he has worked for many years and confronted by virulent racism on a daily basis, he becomes more and more estranged from the white world and finds refuge in an abandoned home where he discovers artifacts reminiscent of his past. As Cristovam rediscovers his roots, he comes to the realization that nothing has changed. The attacks he endures in the community, both mental and physical, awaken in him a legacy of abuse carried down for centuries and Cristovam begins a spiritual and physical metamorphosis…
With dreamlike images steeped in traditional Brazilian folklore from Oscar-winning cinematographer Benjamin Echazarreta (A Fantastic Woman), MEMORY HOUSE is a “a study of what happens to an oppressed minority as decades of abuse chip away at his humanity” and “a timely commentary on integration and colonialism” (Variety).
MEMORY HOUSE (2020)
Written and Directed by: João Paulo Miranda Maria
Cast: Antonio Pitanga, Ana Flavia Cavalcanti, Sam Louwyck
Produced by: Denise Gomes, Paula Cosenza, Didar Domehri
Director of Photography: Benjamin Echazaretta
Genre: Drama/World Cinema
RT: 97 minutes
Aspect Ratio: 1.85: 1
Sound: Stereo 2.0
Language: Portuguese and German with English Subtitles
Share