This weekend Screen Slate presents the original Friday the 13th at Tribeca’s Roxy Cinema on a special uncut 35mm print from the film’s UK release. Although it may seem obvious, the movie has not been shown in New York City on its namesake holiday since 2013 (and at that time digitally). Here’s a rare chance to view the classic slasher on film with a few extra seconds of Tom Savini’s gore effects cut from the original U.S. theatrical release. It’s like seeing the movie in 1980, but even bloodier! 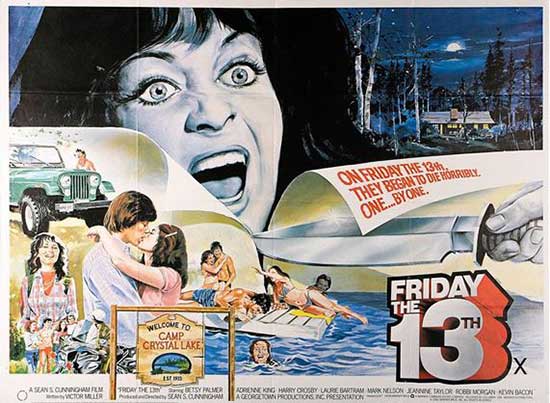 Friday the 13th shows Friday, August 13 at 11:30 pm and Saturday, August 14 at midnight as part of the series Screen Slate at Roxy Cinema. The weekend celebrates the 10th anniversary of Screen Slate, the New York-based publication and repertory/indie film listing website. The line-up also includes Ivan Zulueta’s essential Spanish cult film Arrebato, the original Jackass movie, and Michael Winterbottom’s 24 Hour Party People, all on 35mm, plus a new restoration of the German acid western Deadlock with a soundtrack by krautrockers CAN.

Tickets are $15 and available at roxycinematribeca.com