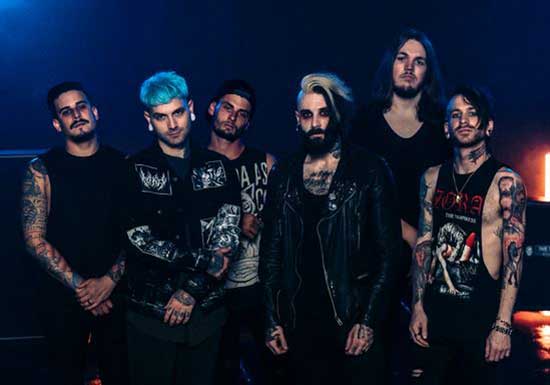 Today We’re Wolves release their high energy rendition of Avenged Sevenfold’s classic track “Unholy Confessions” featuring Bryan Kuznitz of Fame on Fire. The video premiered on Revolver Magazine and it is available on all DSP’s now.

In addition to the band’s new release, We’re Wolves have announced their performance and appearance at one of the nation’s largest horror conventions, Spooky Empire, in Orlando, Florida on Saturday, October 23rd. The band will perform a live set and have a booth for signings and exclusive merchandise. More information available here.

The band’s explosive cover of “Unholy Confessions” is an ode to their early 2000’s rock influence. They teamed up with Bryan Kuznitz, a fellow beloved modern rock vocalist, to celebrate a track that shaped the scene:

“We’ve always been influenced by early 2000’s era music. Unholy Confessions seemed like the perfect choice for our band, as we are huge A7X fans. We teamed up with an equally huge A7X fan, Bryan Kuznitz of Fame on Fire, to turn this song up to 11. In working with Bryan in the past on songs like Dissonance and our cover of Atreyu’s Right Side Of The Bed, we knew he’d be perfect for this cover. We hope all the A7X fans enjoy it as much as we enjoyed creating it.” –We’re Wolves

“It’s always a pleasure getting to work with We’re Wolves. This was an opportunity to breathe new life into a song we collectively love. I think it came out better than we all expected. I look forward to seeing how it’s received by the fans of both our projects, as well as Avenged Sevenfold’s fanbase.” -Bryan Kuznitz, Fame on Fire 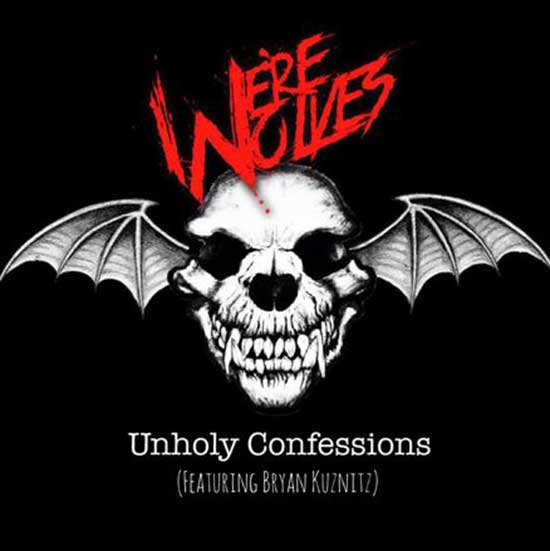 We’re Wolves is a dark-humored, horror-loving, energetic blend of metal subgenres and hard rock. The band is constantly pushing the boundaries of entertainment through satirical yet theatrically-morbid visuals that play off of their carefully crafted aggressive sound. We’re Wolves have conceived their first full-length album Evil Things, a diverse collection of songs designed to connect to the sinner in all of us. Based on Dante’s Divine Comedy, the album takes the listener on a sonic and lyrics journey through the underworld of Hell. Forged in the fires of the inferno, Evil Things delivers a ground-shattering debut for We’re Wolves. The album also contains features from Bryan Kuznitz of Fame On Fire and Spencer Charnas of Ice Nine Kills.

We’re Wolves first burst on to the music scene with their cover of Limp Bizkit’s “Break Stuff,” which garnered a huge response for the band, with over 1.6 Million views on YouTube, and 675K streams on Spotify. Their debut single, “Dissonance,” off their EP The Hunger reached over 400k streams landing the band on the Spotify editorial “New Core” playlist. The band has continued to please fans of metal and horror alike with their cover of “Bodies” by Drowning Pool being featured on Spotify’s “Metal Covers” playlist, and the cover of Disturbed’s “Down With The Sickness” has been revered by the original band themselves. Answering the call for new original music and covers alike, We’re Wolves will be self-releasing their debut full-length, Evil Things this year.