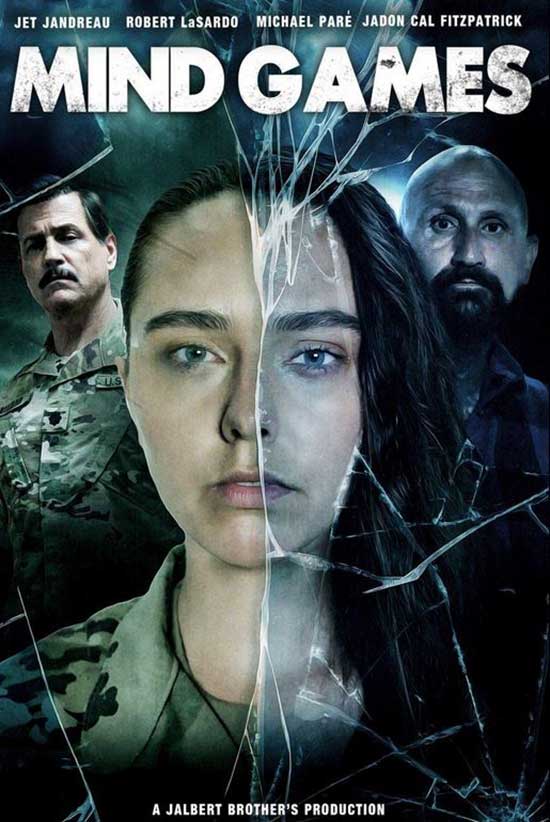 An Army psychologist held captive by an unknown adversary must find her way out of an RV in the middle of nowhere to survive.

Not since I viewed Pink Floyd’s The Wall for the first time in the late 80s (replete with brain sogged by alternative substances as it happened) have I had as much fun with the old gray matter being reduced to play doh and twisted by filmmakers for no other reason than the simple fact that they can as I did with Brian and Jake Jalbert’s psychological twister Mind Games. Produced by the brothers in tandem with New Terrain Entertainment, the chiller feature stars Jet Jandreau, Robert LaSardo and Michael Paré.

An Army psychiatrist is kidnapped, placed into an RV and driven to a remote location in Florida by a mysterious stranger for unknown reasons. Subjected to verbal and mental tricks, the terrified doctor uses all of the word play subterfuge at her disposal on her captor as she works to uncover the motive behind the abduction before the clock runs out on her life.

Using lush locations in Florida as the backdrop, director Jake Jalbert de-emphasizes the visceral flash so often prevalent in big studio thrillers, stripping the story down to minimalist, character-driven, near-experimental theater and the film becomes all the more compelling as a result. As scripted, Jalbert requires a certain amount of attention from the audience to the vocal sparring going on between the central characters. Though it means weaving through a bit of heavier exposition dialogue than needed, you will still get the occasional nugget clue thrown in as to what is truly going on. Or simply what you think is going on. In the end, the surprises offered in story will toss the notion of confident moviegoer perception on its ear so, perhaps just sitting back and letting the bending of reality play out is best as Jalbert now has you hooked.

Jet Jandreau, as the heroine Tara, wears her emotions on her face like few actors I know. This is a critical tool to have to keep the viewer interested if you are the central face to be seen for the bulk of the runtime. Jandreau is in some ninety-eight percent of the movie, roughly. If she lacks charisma, cinema watchers start tuning out in droves and the picture is dead in the water. I bought into every moment of fear, anger, desperation and confusion that reflects in her eyes, her voice. LaSardo is every bit her match as the kidnapper. The mix of steel-eyed nerve and haunted visage is on full display.

A Stella Adler School of Acting alum, the 57-year-old allows his eyes and soft-spoken voice to give a glimpse of insight as to who his character is and the demons that drive him. Veteran B legend Paré (who, of a certain age, doesn’t recall the classics The Philadelphia Experiment, Streets of Fire and Eddie and the Cruisers from the 1980s?) appears for marquee value in a cameo as Tara’s boss, Colonel Reeder. No matter the sparcity of screen time, the icon still has that gritty, intense presence ever at the ready. Jaden Cal is a delight amongst the supporting cast as Tara’s doctor boyfriend who plays a key role in the events. Quiet, clean cut look, yet a hint of mystery beneath the surface. Cal also co-wrote, with Bruce W. Durbin, the pungent, layered script key to keeping fans glued to their seats in the absence of physical action. A prime example is the forced breakfast scene mid-way through which has LaSardo’s Bruce determined to make Tara role play an ordinary morning at the kitchen table for married folks while she tries her own psychiatric verbiage judo back on him to gain her release. Parry and thrust well-played. 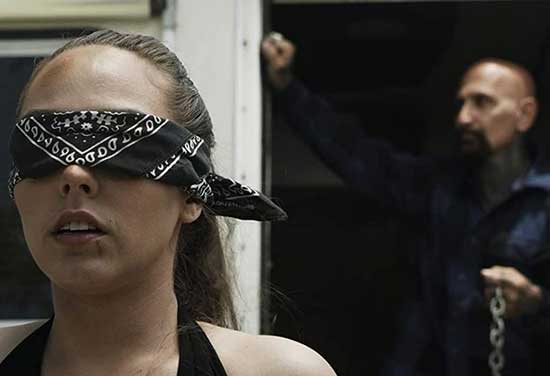 The Seminole, Florida locations really hide the low budget feel well here. The lush, overgrowth of greenery of exteriors used where the RV is set at really helps to paint a picture of remote isolation no matter if there are housing developments and a mini-mall just off in the distance! The 17 day shoot, from May 13 to May 30, 2020, speaks to the guerilla style of making cinema and the efficient methods that the Jalberts exude. Refreshing in this day of 500 member film crews and often years of production time. I’d guess the trade-off for the grueling monotony, if you are a filmmaker, is the $200 million dollar budget you get to play with in a major release. A nicety for sure! Yet, the focus of the stripped-down bare often gets lost in gargantuan epics. Fortunately, we have indie talents such as the Jalberts to remind us of the pleasures of being sparse, and the nightmare chillers it can bring.